Company to Drill for Helium over Vast Tract in Southern Alberta

This will be Global Helium’s first foray into tapping what is believed to be a helium-rich reserve in Alberta. Calgary-based Global Helium has reached an agreement to lease up to 20,480 acres of land in southeastern Alberta for the purposes of tapping into vast helium reserves.
The land, known as the Manyberries Helium trend, extends from south of Lethbridge to southwest Saskatchewan and down to the Canada-U.S. border. The goal is to drill a test well in the summer, and if all goes well to drill another one or two wells in 2023. This would lead to the construction of a helium purification unit in the area for production. “We certainly see an opportunity,” he said. “Globally and North America, we see the market for helium being strong now and going forward with the end users continuing to issue a strong demand.”
He did say, however, that it was difficult to estimate the size of the resource and its potential in the province. According to a press release announcing the deal on Tuesday, Thor Resources Inc. has produced almost 53,000 thousand cubic feet of helium from two wells since 2020 in the region. Helium reserves historically have been located in the same areas known for oil and gas and exist in large deposits deep underground. Global has already identified a drilling location and is currently in the permitting process for a test well.
Once a well is producing helium, it is then piped to a nearby purification unit to separate helium from natural gas and an additional process to purify it further. From there Griffith said it needs to be liquified for most end users. Building a purification facility can take between nine and 12 months. Griffith said there is a growing demand for the gas — important in medical imaging, the production of microchips and semiconductor cable manufacturing — the challenge is securing capital for exploration.
He added both provincial governments in Alberta and Saskatchewan have been supportive of the helium industry as has the federal government. They are looking for ways to further support exploration and development in 2023. 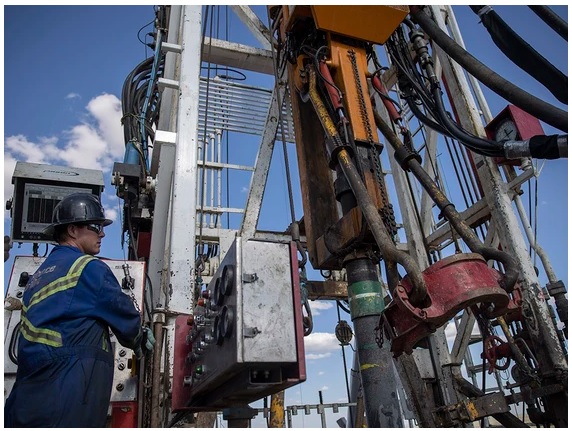