Renergen believes its Virginia Gas Project in South Africa’s Free State has the potential to supply the entire world’s helium demand for decades. The LNG and helium producer recently undertook a helium prospective resources report, which indicated helium volumes of between 30 and 344 billion cubic feet (BCF). “If you consider the world consumes around 6 BCF of helium per annum, assuming the top end of the prospective resource was recoverable, it would be sufficient helium to supply the entire world demand for almost six decades,” Renergen CEO Stefano Marani told gasworld. The discovery forms part of Renergen’s ongoing assessment and development of the Virginia Gas Project, for which the company commissioned Dr. Stuart Gilfillan, Senior Lecturer in Geochemistry, and Professor Finlay Stuart, Professor Isotope Geosciences, to conduct a conceptual study of the source abundance of helium, within the company’s Virginia Production Right area. Comprising 187,000 hectares in South Africa’s Free State around the towns of Welkom, Virginia and Theunissen, Renergen has a valid licence over the area until 2042, and holds 100% of the economic interest in the production right. 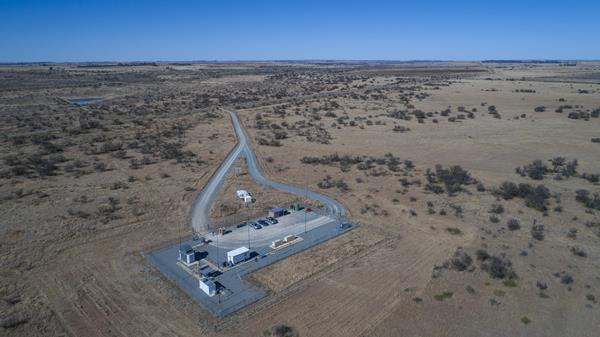 With the benefit of this recently completed report, Renergen requested its reserves and resources accreditation agency Sproule to review the report and use it, if possible, to estimate helium prospective resources under the Society of Petroleum Engineers’ Petroleum Resources Management (SPE PRMS) standards. Sproule recently provided its report, Evaluation of Certain Helium Prospective Resources on the Tetra4 Virginia Gas Project, Free State, South Africa as of July 1, 2020, which found following PRMS conventions, the 1U volume of prospective resources represents the volume with a 90% chance of being recovered or exceeded, the P90 confidence level. Similarly, the report says, the 2U volume corresponds to the median recovery, the P50 case. And the 3U volume is the category for the largest 10% of the prospective resources, the P10 case. Spoule said it evaluated the volumes of helium available in the Virginia Gas Development Project by use of a probabilistic methodology to account for the early stage exploration phase and the wide range of uncertainty in many variables. Technically recoverable helium resources were calculated as the product of the range of volumes of helium generated as discussed in the Edinburgh report, migration/entrapment factors to describe captured helium yet remaining in the Project and, a recovery factors which represents the fraction of trapped helium which can be recovered using current technology with no consideration of price.

There are many different terms and phrases to get accustomed to in the helium business, but few as significant as ‘proven’ and ‘prospective’ reserves when it comes to the future potential and validity of a helium project.Statements often abound about the prospective reserves of a new helium discovery, while others will cite the proven reserves. So, what do they mean and what’s the difference? Prospective Resource estimates are developed based on a set of assumptions provided to a geological consultant, assumptions which can be highly optimistic. These figures can generate great scope for future capacities, but such estimates of prospective resources can and often are obtained before any drilling activity has even occurred at the site in question. Proved Reserves, however, are considered almost definite. These are, as the name implies, proven and more precise than estimates alone. In fact, most investment decisions are based on something called ‘2P Reserves’ – which means Proved + Probable. It is these proven reserves that are, therefore, often considered to be the realistic hallmark of a successful helium exploration project.