The largest helium purification operation in Canada will soon be located in Saskatchewan.

The provincial government on Thursday announced a new facility will be constructed near Battle Creek, along the Saskatchewan-Alberta border, by North American Helium (NAH). Construction is expected to begin in October, and the facility is expected to be running by July 2021.Energy and Resources Minister Bronwyn Eyre said it will allow the province to scale helium production and export capacity. “Helium production in Saskatchewan is set to take off,” Eyre said. According to the province, Canada has the world’s fifth-largest helium resources, with significant underground reserves in Saskatchewan. Over the last five years, almost 20 wells have been drilled in the province, largely in the southwest. The Saskatchewan Geological Survey has been analyzing approximately 88,000 oil and gas wells across the southern half of the province to determine their viability, the province said. In part due to an increased global demand for helium, a supply shortage has led to prices rising more than 160 per cent over the past three years. Helium is used in everything from medical research to diagnostic testing, digital technologies, semiconductors, fibre optics, nuclear power facilities, rocket systems, welding and balloons. NAH chairman and CEO Nicholas Snyder said the company is lucky to operate “in a jurisdiction with a supportive regulatory structure, favourable geology for helium production and a skilled workforce.” According to the province, recent regulatory amendments include an expanded PST exemption for exploratory and downhole drilling activity. Saskatchewan has a “stable and highly competitive” 4.25 per cent royalty rate for helium, the province said. Cypress Hills MLA Doug Steele said the project is a great fit for an area of the province that “prides itself on resource development and economic growth.” The project has been approved through the environmental assessment process, according to the province. Snyder said the project shows that “reliable long-term production of helium can be created from non-hydrocarbon sources, which means a smaller environmental footprint while still benefiting from the expertise developed in Saskatchewan’s oil service industry.” 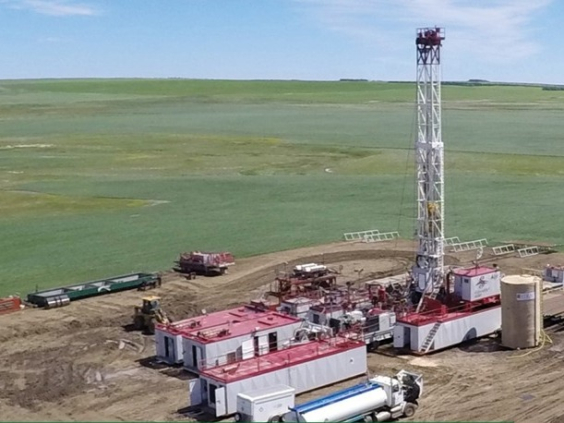 The province on May 28, 2020 announced a new helium facility will be constructed near Battle Creek, along the Saskatchewan-Alberta border, by North American Helium (NAH).