Oil prices have plummeted as a result of the coronavirus pandemic. While the world needs far less oil than it used to, the decline in oil production will have a severe knock-on effect that could hinder efforts to combat COVID-19. This is because an important by-product of petroleum production is helium, which has various medical uses, including those related to breathing issues. On April 1, scientists at the University of Arizona College of Medicine reported on the invention of a new breathing device that has potential to help patients suffering with lung damage to recover from COVID-19 using a mix of oxygen and helium gases called heliox. Heliox has about the same viscosity as normal air but lower density, and the way it flows requires much less energy for the lungs to take in the oxygen it carries than is the case for air. The gas is non-toxic and non-reactive so is already beginning to be used to help people with asthma and a range of other conditions in which patients have breathing difficulties. About 22% of all helium produced already goes to medical uses, and breathing mixtures account for 2%-3%. Should the application of heliox become widespread, then demand would grow dramatically. But helium is already in short supply globally. And, since 87% of helium supplies comes directly from petroleum production the oil decline could put significant further strain on the market.

Petroleum production has long been linked to helium. On Earth, helium is only found in substantial quantities in natural reservoirs below the Earth’s surface. Typically, it shares the pore spaces in the rock with petroleum gases and other non-petroleum gases such as nitrogen. Helium may only occur as a tiny percentage of the total trapped fluids in the pore spaces. As a rule of thumb, however, if a natural gas discovery includes just 0.3% helium, it could be more valuable than the natural gas itself. The North Dome gas field in Qatar is the source of 31% of today’s helium supply. Here helium makes up about 0.1% of the natural gas field and extraction would not be economic were it not for the fact that the natural gas is also extracted, liquefied and shipped around the world. The cryogenic plant used to liquify the gas to make it easier to transport allows removal of the small quantities of helium. So cease to produce the natural gas and you also lose helium production.

Helium is produced as a by-product of natural gas extraction.

In the long-term, as the world is moving away from fossil fuels, co-produced helium supplies were always going to be a problem. But that problem may now be exacerbated due to the demand that COVID-19 could bring. There is urgent need for new sources of helium – something I’ve been involved with. Helium sources have historically only been found by accident when looking for petroleum. So, along with Chris Ballentine, a geochemist at Oxford University, my colleagues and I sought funding to develop an exploration strategy specifically for helium. A start-up exploration company Helium One used our strategy and made a major discovery of helium in the Rukwa area of the East African Rift Valley in Tanzania a few years ago. The composition of gases that were found naturally seeping from the ground here included 10% helium – significantly more than is generally found in petroleum sources – along with around 90% nitrogen. Because the Tanzanian discovery was free of hydrocarbons, it is also free of greenhouse gases. 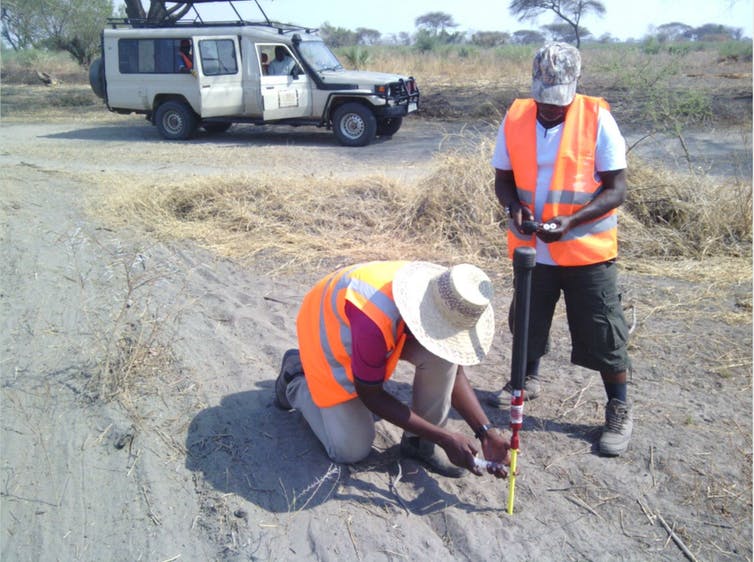 The discovery has yet to be appraised or brought to market but is believed to be globally significant. Because the helium is present at around 10%, it will more efficient to extract than the fractional percentages found among petroleum gases. The lessons learned during the work to deliver the Tanzanian discovery are now being applied elsewhere around the world. So far, the research suggests that the Tanzanian discovery is unlikely to be unique. History will however judge whether we can find and develop the helium resources needed to meet societal demand.