NASA needs your help to fit payloads on tiny lunar rovers, each machine about the size of a Roomba. A new challenge called “Honey, I Shrunk the NASA Payload” asks companies to come up with ways to get data-gathering implements on to this tiny space. It will be the ultimate challenge in miniaturization, because each rover experiment will be only the size of a bar of soap. The payloads will need to contend with limited power, limited space and a harsh lunar environment that is extremely cold and full of radiation. But the reward is high-profile. Your payloads will potentially help NASA astronauts with their moonwalks, as the agency plans to set boots on the moon again in 2024. A fleet of robot helpers will help in this phase of lunar exploration, contrasting with the “old school” approach of the 1960s and 1970s that saw astronauts drive rovers, pull carts full of supplies, and do all the experiment setup and moon rock collection themselves. Participating companies will likely also see themselves part of a larger commercial ecosystem full of private companies supporting research and supply logistics. For example, NASA’s Commercial Lunar Payload Services program would see firms deploying landers and rovers on the moon for supplies as well as scientific experiments. In the more distant future, lunar resources could be mined for valuable resources such as helium-3, which is more abundant on the moon than on the Earth. 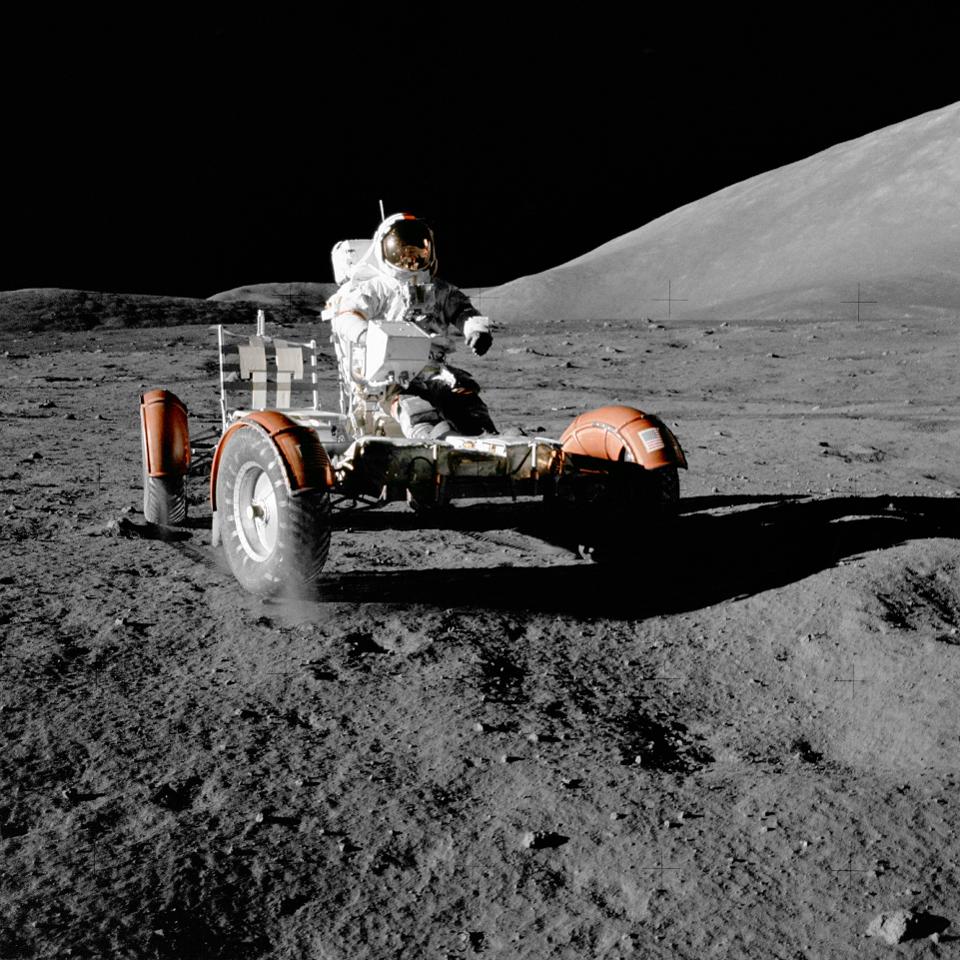 These are the rovers NASA astronauts used in the 1970s for moon exploration. New rovers will be Roomba-sized.