The government of Quebec is developing a fleet of airships to deliver goods to the province’s often difficult to reach northern territories.The government signed the agreement, worth $23million ($30million Canadian), with the French company Flying Whales and expects the first deliveries to begin in 2022. The airships from Flying Whales will be able to carry up to 60 metric tons of cargo and travel at speeds of up to 62mph. 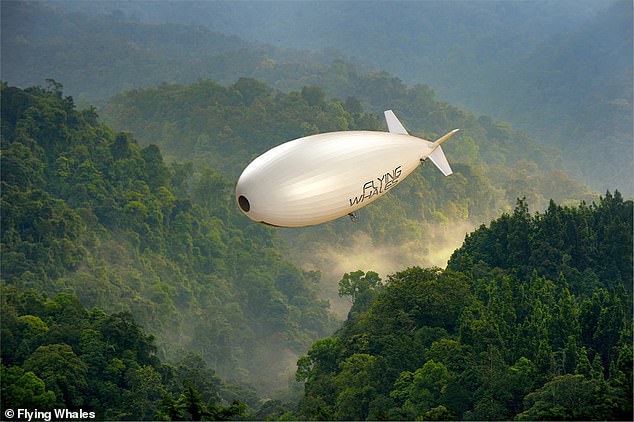 The Quebec government is partnering with the French company Flying Whales to develop airships that will be used to supply some of the province’s more remote norther territories, part of a new resurgence in interest in airships as an alternative to cargo planes and ships

The ships are held aloft by individual pockets of helium, and propelled forward by small diesel or electric engines, while also taking advantage of jetstreams for an extra, energy efficient push. The deal could be a signal that the long dormant airship industry is ready for a comeback, according to a report in Foreign Policy.Market analysts have predicted the airship industry could grow significantly over the next decade as an energy efficient alternative to commercial cargo ships. Unlike commercial planes, airships don’t require large airstrips or airports to operate, they can ascend and descend vertically, hovering in place on a range of surfaces, including ice sheets, deserts, beaches, forest clearings, and even on water. Airships were once a thriving part of the cargo transportation industry and a mainstay of military industrial production in the early 20th century, but the gradually fell out of common use for a range of reasons, including high-profile disasters like the Hindenburg crash of 1937. Even Goodyear, which was once a leader in the airship industry, has consigned its famed blimp to being an Airbnb rental. A resurgence in the industry started in 2010 when Northrop Grumman signed a $517million contract to build an airship the US military hoped to use to conduct surveillance missions. A working prototype was built but the contract was abandoned in 2013. In 2015, Raytheon signed a $3billion contract to develop airships for surveillance, but abandoned the project after a prototype crashlanded in Pennsylvania. 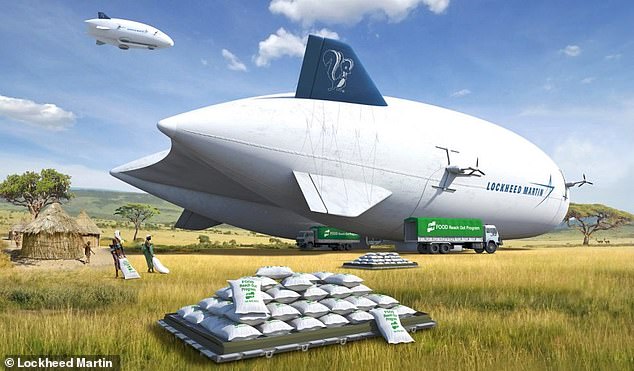 Lockheed Martin is developing its own airship technology, including an air cushion landing system (ACLS), that will make vertical ascent and descent easier, while also using reverse airflow to ‘anchor’ airships in place while being loaded or unloaded

In 2016, Lockheed Martin announced its own airship technology, an air cushion landing system (ACLS), which uses hoverpads placed beneath an airship surface to keep it stable as it descends. The ACLS system can also be used to keep airships anchored in place above the ground, by reversing the flow of air through the hoverpads. In 2019, a company called OceanSky announced plans to use airships to offer commercial cruises to the Arctic, with service planned to begin in 2023. While many industry watchers are excited about the return of airships as an alternative to cargo ships, which are responsible for an estimated three percent of the world’s carbon dioxide emissions, one potential longterm challenge is their reliance on helium to provide lift. 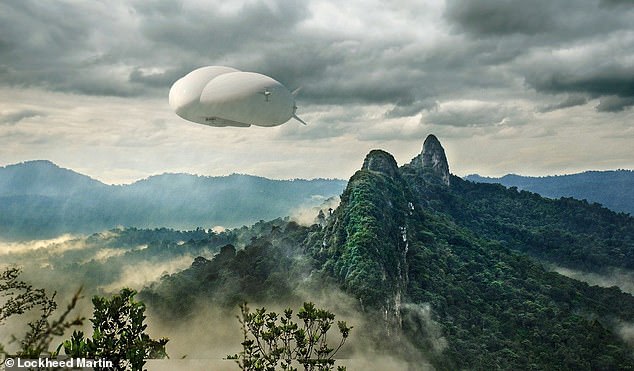 Industry watchers believe airships offer an energy-efficient alternative to traditional cargo transportation methods, as they can be powered by small diesel or electric motors and take advantage of jetstreams to propel them

Natural stores of the gas have run low in the United States, Qatar, and other region’s where it’s harvested. Some hope that these shortages could be offset by natural gas production, which creates helium as a waste product that could potentially be harvested for a burgeoning airship market. Even with potential future challenges, industry watcher Barry Prentice of the University of Manitoba believes the growing number of airship initiatives should be embraced. ‘It’s worth the risk to try,’ Prentice told CTV News. ‘We’re not talking about an anti-gravity device–this is a technology that was proven 100 years ago and we know it worked, just like wind turbines and electric cars.’