Big Star has secured a significant lead over other parties that have woken up to the dwindling helium supply situation, with the company further increasing its total lease position. The company recently acquired an additional 11,981 net acres of land prospective for helium in Colorado after winning five new leases at the recent Bureau of Land Management auction in March and a further five leases from private owners. Big Star Energy’s total lease position now stretches over 121,086 gross (64,924 net) acres with 18 elevated helium readings recorded at surface across its leased acreage. Elevated helium readings are at least 10 per cent higher than atmospheric concentrations and are an indicator of an active helium system in the area. Managing director Joanne Kendrick says the new leases have more than doubled the company’s net position in the Enterprise prospect and the adjacent Galileo project. “We have recently commissioned an independent prospective resource evaluation of these prospects. Strategic leasing will continue as we plan and permit the drilling program,” she added. The company previously flagged that it planned to undertake a drilling program later this year. Kendrick said the latest auction had seen an increase in competition for acreage in the Las Animas County, with six bidders placing bids for nine parcels. These bids averaged about $US6.35 ($AUD10.33) per acre and top up at $US52 ($AUD84.04) per acre. Helium is a critical component in modern technology applications, and it sees the most use in MRI and nuclear medicine, both of which are becoming more widely used globally. Despite this, helium is already in short supply and will become increasingly rare once the US Strategic Helium Reserve shuts in 2021. The other major source of gas is as a by-product of natural gas production, which due to ongoing low fossil fuel prices is unlikely to alleviate the supply shortfall. 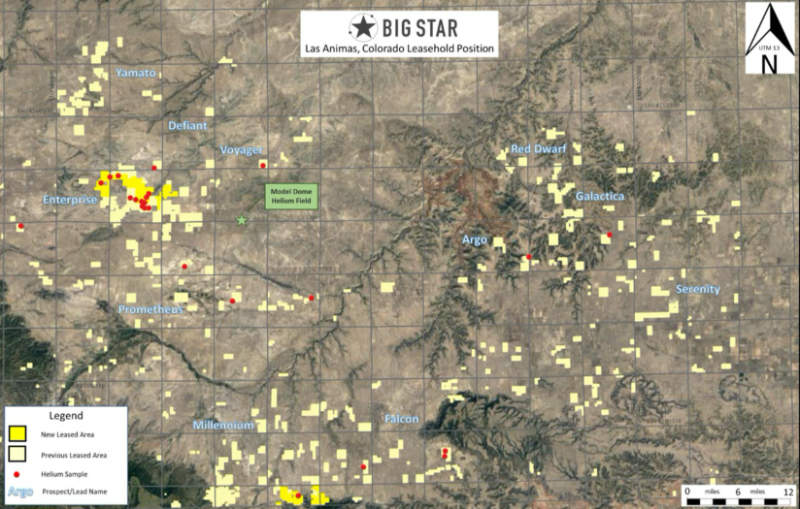