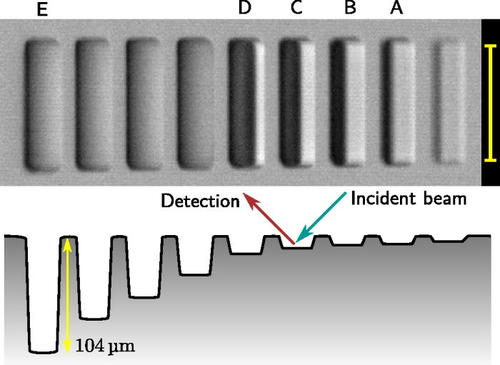 FIG. 1. SHeM image of the test sample with the corresponding surface profile. The helium beam is incident from the right as shown, while the detector is located to the left. As a result of re-deposition during ion beam milling, the sides of the trenches are not vertical and edges of the trenches are rounded. The scale bar length is [Math Processing Error]. See the supplementary material for further details.