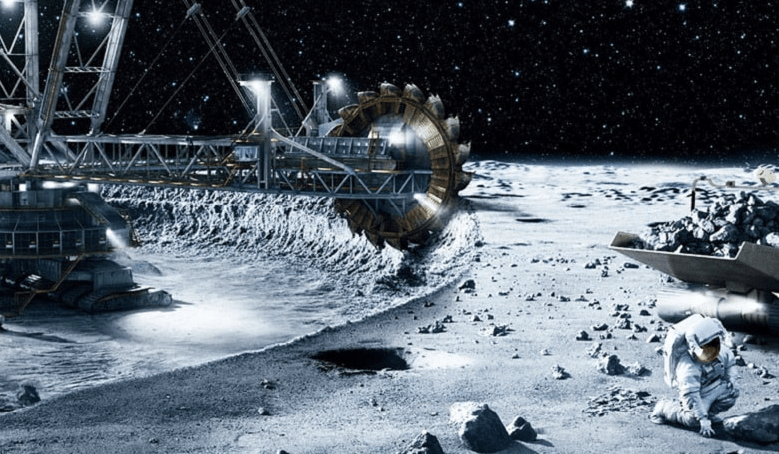 Asteroid mining could be the next big thing humans would do in space, but moon mining is also profitable. A group of European scientists announced that they plan to mine the Moon, but not for gold, platinum, or other precious materials. They want to go to the Earth’s natural satellite and extract helium-3 to produce waste-free nuclear energy that would gross trillions of dollars for them. And we’re not talking about a general plan here, as the European scientists would commence moon mining operation as soon as in 2025. They plan to do that by placing a rover on the surface of the Moon to mine and process regolith (Moon’s rocks) and extract water, metals, and, most importantly, helium-3 which would be useful in future nuclear fusion reactors. According to scientists, regolith covers the entire lunar surface, and it is a rock that formed over billions of years during which the Moon “suffered” many collisions with meteors and comets.

China and India also came up with some plans for mining the Moon to extract helium-3, but the European Space Agency would be the first to send a mission to the Earth’s natural satellite with that purpose. Besides the beneficial results for science, moon mining would be one very profitable operation. ESA thinks that moon mining for helium-3 might eventually turn out to be an industry of trillions of dollars. Obviously, that would be the case if indeed helium-3 would benefit the waste-free nuclear energy industry. The European Space Agency plans to mine the moon in partnership with ArianeGroup and Part-Time Scientists, a German group of researchers. There are tons of helium-3 on the Moon, but we can only bring 25 percent of that to Earth. However, according to scientists, that would be more than enough for developing reliable nuclear fusion reactors that would generate waste-free energy. That would also benefit the planet Earth, as a whole, since this type of power would reduce the use of fossil fuel, also diminishing the effects of climate change.