Construction Company Caterpillar Wants To Mine the Moon

What would it take for Earth’s autonomous mining technology to reach outer space? 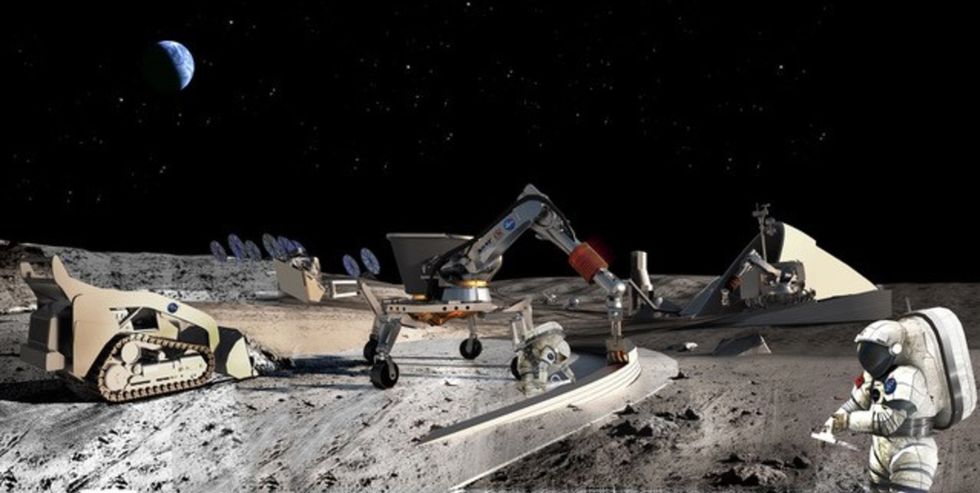 Caterpillar, one of the largest construction companies in the world, is aiming for a spot on the lunar surface and plans to adapt their range of autonomous and remote-controlled mining equipment for use in space. NASA previously collaborated with Caterpillar between 2004 and 2013 on a project pairing construction and robotics, NASA spokesperson Clare Kelly to CNBC News. “There are many synergies between what NASA needs to meet exploration goals and Caterpillar technologies used every day on Earth,” she said, though formal plans between Caterpillar and NASA haven’t been announced at this time. Likely because there’s still a long way to go before the construction, but here’s how moon mining tech could potentially work.

Autonomous construction and mining equipment has been in use for decades. Early pioneers in the field, such as Komatsu, Caterpillar, and John Deere developed operator-less heavy vehicles as early as the 1980s.After Japan’s Mount Unzen erupted in the early 1990’s, autonomous construction vehicles were used to build dams to control the current of volcanic mudflows in regions too volcanically active for operators to safely work. The technology has been used by corporations like Rio Tinto to mine materials such as gold, copper, and iron ore in remote locations around the world. Autonomy takes much of the risk out of these often dangerous jobs. Remotely operated and autonomous machines are less prone to operator error, and workers are able to control the vehicles from a safe location. They can accomplish big tasks in difficult-to-reach locations. In many instances, it’s dramatically improved field safety. One of Caterpillar’s customers—they also retrofit competitor’s vehicles—recently announced an 80 percent improvement in safety incidents since introducing autonomous hauling, Michael Murphy, the company’s surface mining and technology chief engineer told CNBC News. Not only does this technology keep workers out of harm’s way, but many reports claim that it could actually increase productivity in the field by as much as 20 percent, according to one such report by Fortescue Metals Group.

Moon Mining On The Mind 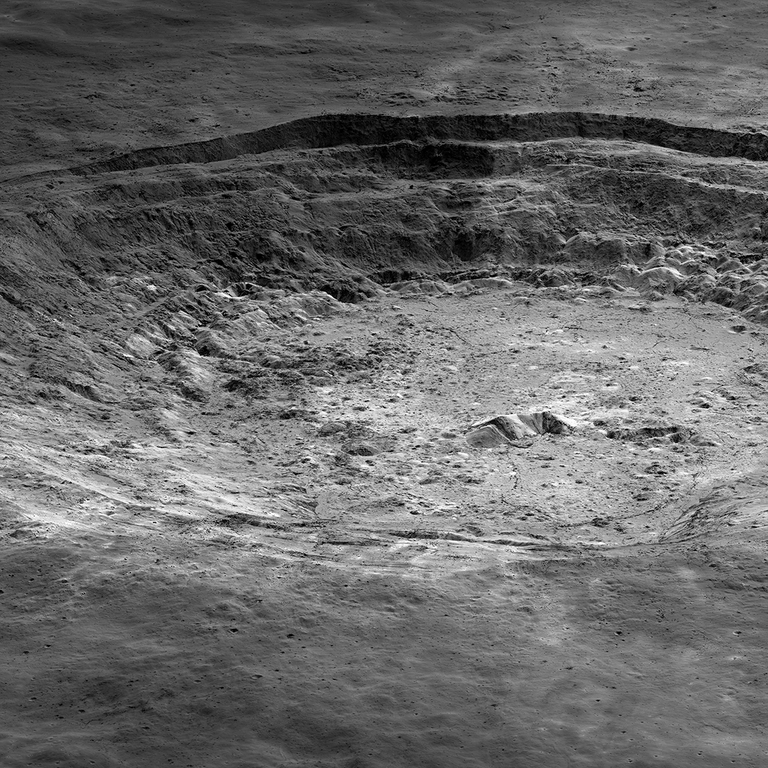 Mining expeditions to the Moon, Mars, and even nearby asteroids have been on NASA’s agenda for decades. Mining lunar soil for water, oxygen, and other precious materials will be a critical step in developing a sustainable presence on the lunar surface. Water ice, in particular, which was discovered along crater walls on the Moon, could help to sustain life and develop fuels that could power travel to Mars. Others have suggested that the moon could be a prime place to mine a rare form of helium called helium-3. The lightweight isotope of the gas could be used as a fuel source in nuclear fusion reactors. Bringing all these materials back to Earth? That’s unlikely. “The economic analysis doesn’t make sense,” when you consider the costs to identify, extract, process, refine and transport them, Angel Abbud-Madrid, director of the Center for Space Resources at the Colorado School of Mines told CNBC News. It would also be a logistical nightmare. The agency’s best bet—and what they’re investing heavily in—is a concept called in-situ resource utilization. Essentially, all materials mined on the moon would be converted into useful byproducts on location. 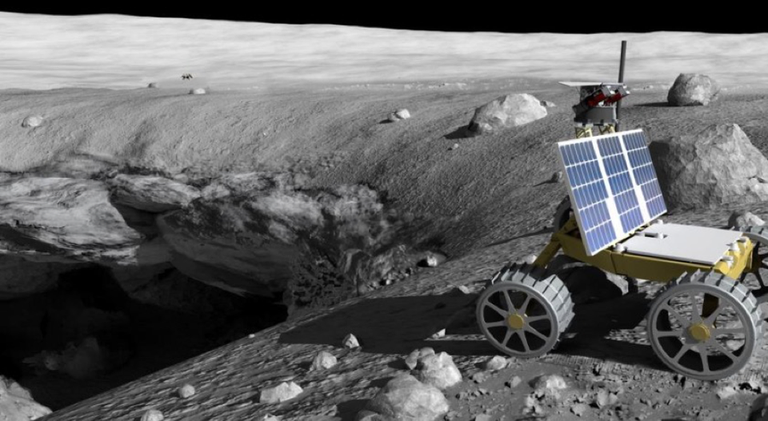 Autonomous heavy equipment on Earth employ a wide range of technology to safely get the job done. LIDAR, radar, and highly specialized GPS help the vehicle maneuver through its surroundings, identifying potential hazards in its path. The machines utilize an onboard computer, equipped with artificial intelligence and other software to interpret that data, according to the American Society of Mechanical Engineers. The heavy-duty machines are well-crafted for harsh, dusty environments, but on the moon, they would have to reckon with additional challenges like the constant bombardment of cosmic radiation and potential micrometeorite strikes. NASA is kicking around a number of ideas of how to best pull rare metals, water and helium-3 out of the Lunar regolith. The agency hosts an annual robotic mining competition that brings teams from across the country to Kennedy Space Center to show and test their designs on a simulated Martian surface, and NASA’s Innovative Advanced Concepts (NIAC) program funded two proposals earlier this year that take aim at space mining. One mission proposal, called Skylight and led by robotics professor William Whittaker of Carnegie Mellon University, intends to send a rover to take images and better model craters identified as potential mining targets. This would help astronauts and celestial miners identify which targets would be safest for extraction. The other mission proposal, Mini Bee, which was developed by TransAstra Corp. CEO and founder Joel Sercel, is set to assess the feasibility of optical mining. Instead of using heavy machinery to unleash the Moon’s vital resources, this method of space mining would focus a beam of light at specific targets on the moon or an asteroid, releasing critical elements that can then be captured into an inflatable bag. As our inevitable return to the Moon draws closer, we’ll see what technology will be developed to ensure we stay there indefinitely.