With the 2019 Nobel Prize for Physics due to be announced on Tuesday 8 October, Physics World journalists pick their favourite Nobel awards from the past. Here Michael Banks argues the case for the 1913 prize for liquifying helium 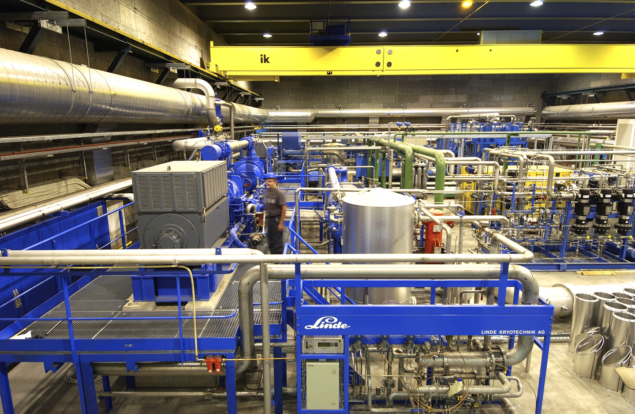 Cold as ice: liquid helium is a crucial component to many big-science facilities including CERN’s Large Hadron Collider where it is used to chill the collider’s superconducting magnets (Courtesy: CERN)

Liquid helium is an essential component in experimental physics. It is used to chill materials to near absolute zero allowing their fascinating properties to be studied as well as cool superconducting magnets that are used in many big-science facilities such as CERN’s Large Hadron Collider and the ITER fusion reactor, which is currently being built in France. Away from basic science, helium plays a critical role in healthcare by cooling the magnets that used in magnetic resonance imaging machines. This is why my favourite Nobel prize goes to liquefying helium — a breakthrough that has not only paved the way for so many discoveries in physics but saved lives too. The feat to liquify helium — the most stubborn of the “permanent” gases — was achieved in 1908 by the Dutch physicist Heike Kamerlingh Onnes from the University of Leiden. He used ingenious apparatus to cool helium to a liquid, which happens at 4.2 K. 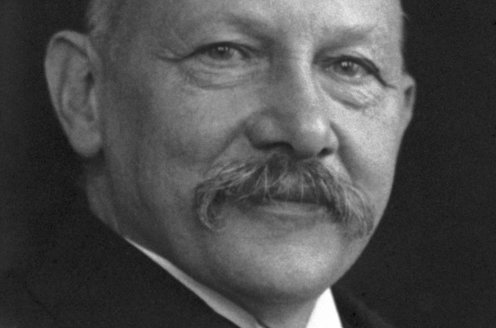 The ability to liquify helium is a worthy achievement in itself, but it also heralded the discovery of new phases of matter, particularly superconductivity and superfluidity. Indeed, in 1911, Onnes was the first to discover superconductivity when he saw the resistance in a sample of mercury drop to zero, or as he put it “near-enough null”. This breakthrough is noted in the 1913 prize citation and over 100 years on we still do not have a complete understanding of the phenomenon. Onnes also later saw the onset of superfluidity in helium, which happens at 2.17 K — a phase of helium that later led to other Nobel prizes. The 1913 prize also resonates with me because Onnes’ work happened at a time when physics itself was in state of transition, moving on from the world of classical physics towards the advent of quantum mechanics. The prize is also a timely reminder of the crucial role that experiment plays in physics, or as Onnes himself once said: “Door meten tot weten” (through measuring to knowledge).