When you picture a house on the moon, do you imagine an Ad Astra-style theme park with many of the comforts of modern life, or a barren-yet-functional habitat? For professor Lewis Dartnell, the answer may lie somewhere between the two. Dartnell, a professor of science communication at the University of Westminster who previously outlined a Mars habitat concept, this week took the wraps off Moontopia, a vision of what habitats on the moon might look like in 150 years. In his vision, humans would build underground cities close to the moon’s hollowed-out lava tubes, with an airlock protecting inhabitants from the surface. At the surface, a basic outpost would overlook an elevator to the city. “As our understanding of space advances the opportunity to start a new world becomes ever more possible,” Dartnell said in a statement for interior design firm Hillarys. “Moving home or to another country is already incredibly exciting, imagine what it would be like to move to an entirely different habitat. The challenges and problems would be new and hard but the mind boggles at the potential opportunities and what the human race could achieve if we take this next step.” As space firms outline their visions for humanity extending beyond Earth, it’s a vision that could come to fruition sooner than some may think. SpaceX has outlined its plans for a city on Mars by 2050, while Blue Origin has detailed a series of floating colonies that would enable humans to regularly return to Earth. The moon, Earth’s closest natural satellite, has been touted as the ideal place for a base in the near future by NASA. Humans could explore the moon sooner than expected.

Life on the surface.

Moon habitat: how it may look

In the above image from Dartnell, humans are working on the surface to harvest materials. Helium-3, which could provide nuclear fusion fuel in the future, is in abundance on the moon’s surface. The workers could also harvest water, located at the south pole’s frozen ice deposits. Living on the surface may prove impractical. For starters, a moon day lasts around 28 Earth days, meaning that for around half a month a given patch of the moon is in sunlight, and for the other half it’s in darkness. Temperatures would reach 100 degrees Celsius in the sun, and drop to minus 170 degrees Celsius in the dark. A surface-based habitat would also face micrometeorites and cosmic radiation. Because of this, inhabitants would likely live in a sub-surface city, close to lava tubes. These tubes are left over from the times the moon was volcanically active. They can measure over one kilometer wide and big enough to fit multi-storey buildings. Although previously filled with lava, in recent times the lava is gone and they act as hollow caves, ideal for hosting humans. 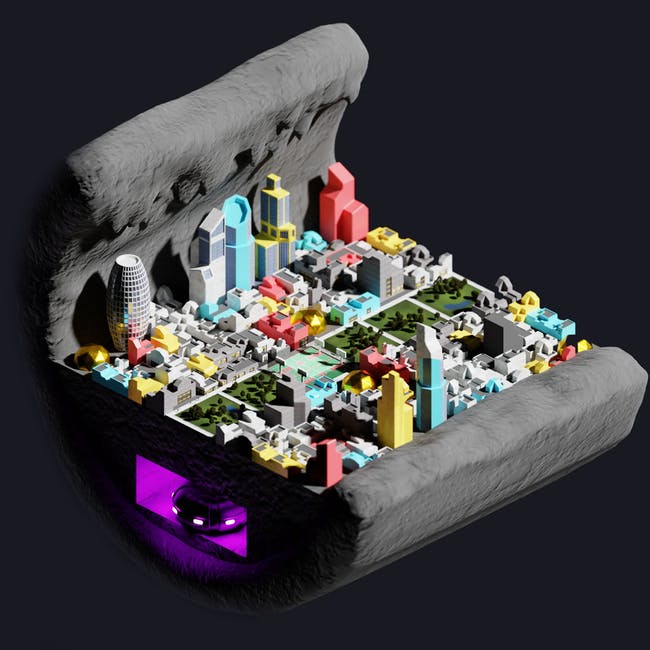 Life, Dartnell envisions, could be pretty comfortable in this sub-surface city. Scientists could use electrolysis to take the harvested water, run it through electricity and create oxygen. This would then be pumped out through the lunar tubes, and aided by trees in parks. Living underground would also enable humans to better control the temperatures. A nuclear fusion reactor, powered by the Helium-3 harvested above. could provide energy for the city. Artificial light, running through tubes along the middle, would necessitate making buildings bigger toward the back and smaller in the middle.