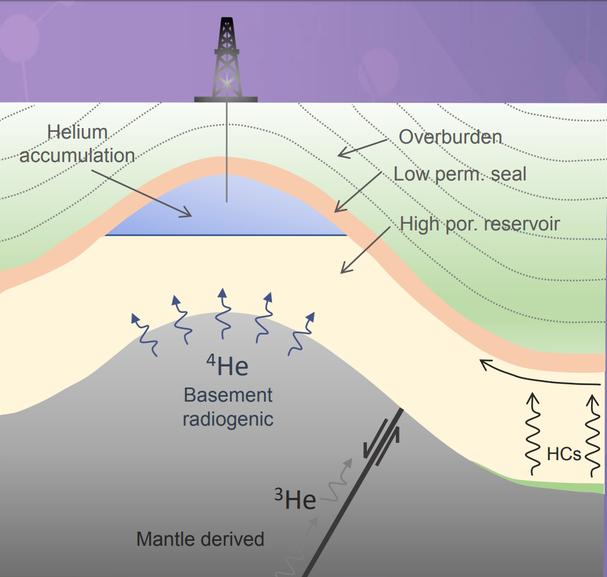 Yesterday afternoon it revealed it had acquired a total of 5,120 acres in Colorado, US, following a soil gas survey which uncovered multiple helium anomalies. The soil survey, conducted in August, returned positive helium anomalies ranging from 10% to 21% above normal atmospheric levels, indicating an active helium system.
Big Star was initially coy about revealing the location of its acreage, believing it was a ‘first-mover’ in the region, and since receiving sample results has negotiated initial five-year rights over the field with further five-year options thereafter. Last month the Australian Securities Exchange forced the company to disclose the state in which the prospect was located. Big Star managing director Joanne Kendrick said the company planned on acquiring more leases in the short term and planned on having several prospects ready for drilling by the first quarter 2020. “In accordance with our helium strategy, we have expanded our leasing at Enterprise to cover five helium anomalies detected in our recent soil gas survey. These leases represent the first acquired with the benefit of the soil gas survey results,” Kendrick said. “Our on-going leasing program is gathering momentum and we will now focus on building our leasehold position at Enterprise by in-fill leasing and step-out leasing.” The field is up-dip and within 15 miles (24km) of another field that produced helium concentrations between 5% and 10%. Big Star initially used existing gravity and aero-magnetics data along with target mapping of historical studies to identify the Enterprise prospect. Given it cannot be manufactured helium is an irreplaceable element with multiple applications across cryogenics, semi-conductor manufacturing, fibre optics and rocket launchers, and is classified by the US as a strategic resource. A global shortage has seen the price jump between 50% and 135% over the past 19 months, according to New Jersey-based Kornbluth Helium Consulting. One of the issues is that there are few suppliers of helium throughout the world. The only helium supplier in the UK, BOC, warns of delays to orders. “Due to a global helium shortage, all pure helium and balloon gas orders are currently on a full for empty basis only and are being fairly allocated to our customers,” BOC says on its website. The price of helium varies across the world and there is no concrete pricing structure currently in place. Current prices for wholesale helium at between 97% and 99% purity range between $300/Mcf and up to $1000 per million cubic feet. The company is one of only two explorers with helium acreage listed on the ASX. Fellow small-cap Renergen is also looking to develop a project in South Africa it believes contains helium traps. Big Star Energy shares were worth 0.7 cents per share this morning. The company has a market cap of $3.3 million.