Helium Shortage: ‘Prices Just Keep Going Up And Up

If you want to buy a helium-filled balloon for a celebration, then it’s likely you’ll be paying a bit more for the privilege. 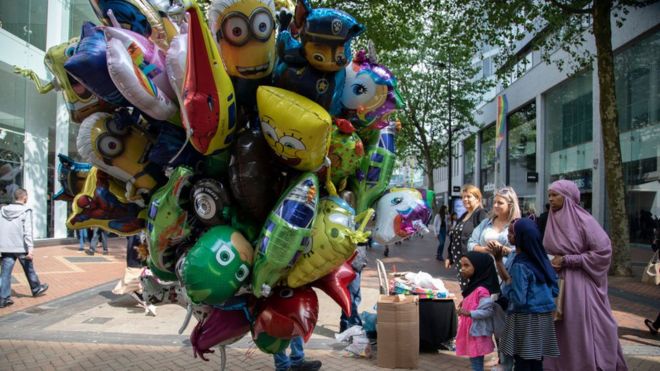 “Prices just keep going up and up,” says Steve Durnford, director of family business Balloons of London. The store, which sells party balloons to both individuals and firms, is a victim of a global shortage in helium that has seen prices for the gas surge. Mr Durnford says the cost of the helium he buys has risen three times this year, between 8% and 10% each time. It’s not just celebrations suffering. The gas is also essential in medicine, electronics and deep-sea diving. For example, it’s crucial in the magnetic resonance imaging (MRI) scans that doctors use to get detailed images from inside patients. It’s also important in deep sea diving and in scientific research, as well as for the production of computer chips and liquid crystal displays such as TV screens. 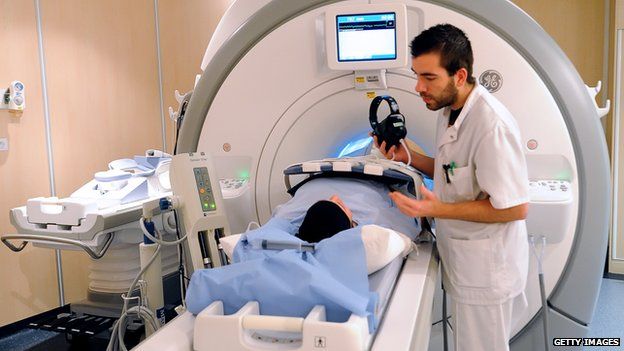 Helium is used to cool the magnets used in MRI scanners

There’s no central wholesale price for the gas, because it is not traded on global markets. Phil Kornbluth, the founder of Kornbluth Helium Consulting, which advises clients on commercial aspects of the global helium business, says the “price has gone up an awful lot in a short space of time”. “There’s no magic number. The price of helium varies quite a bit around the world, depending on where you are in the supply chain and whether you’re buying at source and how you’re buying it as a liquid or as a gas, for example,” he says. “But it’s safe to say the price has gone up 50% to 100%, depending on who you are and where you are in the supply chain.” Mr Kornbluth says the catalyst for the latest rise in price was a US government auction of crude helium in August last year.
The national helium reserve is now one of the biggest suppliers of helium. It was originally set up as a strategic store for supplying gas to US airships, but has auctioned its supplies annually to private industry since 2013. However, this was the last such auction until 2021. At the auction, the average price for crude helium rose a whopping 135% year-on-year as industrial users acted to boost stocks for future years. “It wasn’t very difficult for major suppliers to pass this increase on to their customers, so it did affect worldwide pricing,” says Mr Kornbluth.

What is helium and what is it used for?

A single auction can have so much influence over pricing because there are very few helium suppliers. The gas, which is formed by the decay of radioactive rocks in the earth’s crust, accumulates in natural gas deposits and is collected as a by-product of the gas industry. Separating the helium from the natural gas and storing the helium is expensive, time-consuming and difficult and therefore relatively rare. One of the UK’s biggest helium suppliers, BOC warns on its website that orders may be restricted because of the current shortage. “Due to a global helium shortage, all pure helium and balloon gas orders are currently on a full-for-empty basis only and are being fairly allocated to all our customers,” it says. 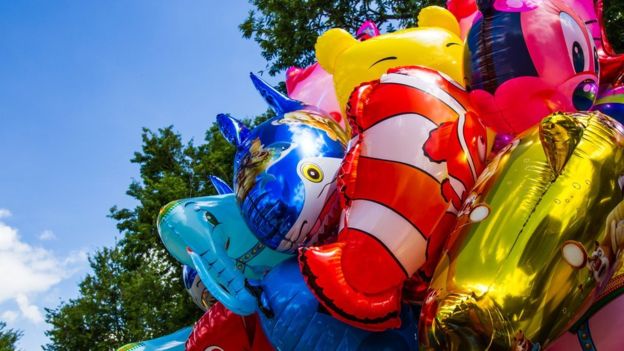 Balloons of London’s Mr Durnford said the cost has meant that in some cases they have started using air-filled balloons instead of helium, using a cardboard support to create structures such as arches. And they’ve had to increase prices. Buying 50 standard-sized balloons costs £6.49, but if a customer wants those filled with helium, the price is just over 10 times that at £69. “People still spend the same, but they get less balloons for their money. So for a kid’s party where they would have bought 50, they might now only get 30,” he says.

Mr Kornbluth says the current shortage should ease from next year, with new supplies then expected to come into the market from Algeria and Qatar, and subsequently from Russia in 2021. But David Cole-Hamilton, emeritus professor of chemistry at the University of St Andrews, says given helium’s importance in medical fields, its use for balloons should be banned. He estimates that about 10% of the overall supply of helium is used for balloons, something he says is “absurd” given its supply is so limited. “If you said to people, do you want a helium balloon or an MRI scan for your daughter, it’s an obvious choice,” he says. But Mr Durnford says people will continue to buy them for special occasions. “People are only 30, 40 or 50 once. If they want it, they will have it,” he says.