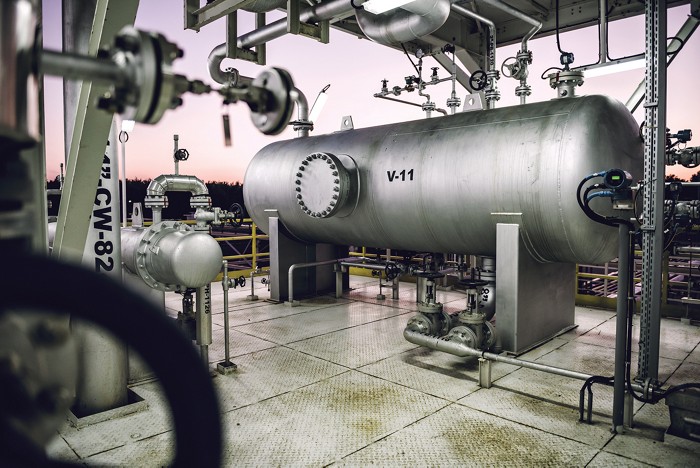 Linde and BASF are launching a process to get helium out of natural gas destined for pipeline distribution. The technology could boost output of the element, which is in short supply for scientific instrumentation, medical, and industrial users. According to the two companies, the process can be added to existing plants or built into new plants that purify natural gas before it is put into pipelines for transport to consumers. In addition to recovering helium, which is found in some gas wells at concentrations ranging from 0.2 to 7%, the process recovers liquid hydrocarbons and carbon dioxide. Helium is usually recovered from natural gas as part of an expensive cryogenic separation process practiced at only a few facilities worldwide. The BASF-Linde process instead uses a polyimide hollow-fiber membrane from Evonik Industries for separation. A Linde pressure-swing adsorption unit then purifies the helium up to 99.999%. Linde developed the helium separation process 3 years ago, when it collaborated with Evonik to build what the two firms called a reference plant for the Weil Group in Mankota, Saskatchewan. That plant now processes more than 7,000 m3 of gas per day, producing industrial-quality helium, Evonik says. The new process would not replace the huge quantities of liquid helium coming from cryogenic separation plants in the US, Qatar, and Russia but would be an “attractive add-on” and very profitable for gas processors, a Linde spokesperson says. Gaseous helium from the process could also be easily liquefied for scientific and medical applications, according to the spokesperson. Phil Kornbluth, a consultant who ran helium operations at BOC and Matheson Tri-Gas, says the BASF-Linde effort is “a smart combination of established technologies” that may open up helium production opportunities. But any new helium the process recovers won’t alleviate the shortages. They will continue until at least 2021, when Russia’s Gazprom starts up the first of three large cryogenic helium projects, Kornbluth says.