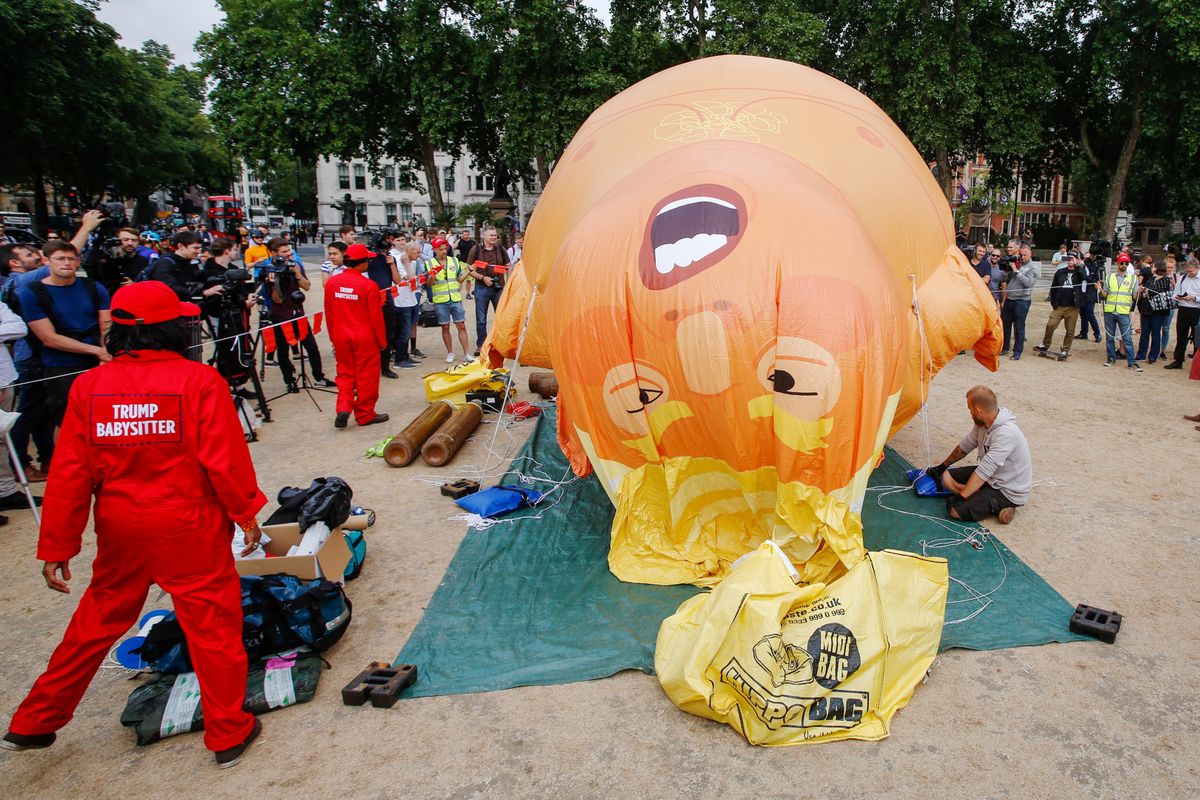 The ‘Trump Baby’ blimp is inflated in Parliament Square in London, U.K., 2018

Event planners are feeling the pinch of the rising price of the invisible gas behind floating balloons. The situation is even affecting the organizers of March for Change, a network of campaign groups against the U.K.’s departure from the European Union. They ditched plans to raise a 23-foot blimp depicting Prime Minister Boris Johnson as a wailing toddler in London on Saturday as part of nationwide protests, the Guardian newspaper reported without saying how it got the information. Inflated only with oxygen, the blimp will instead sit alongside protesters outside parliament. Helium shortages have sparked surging prices. Global demand has risen 10% a year over the past decade, and the value of its market is set to exceed $1.5 billion next year, according to research published last year from Marketnewsupdates.com. Odorless and hard to extract, the chemical element is also used for reasons including medical lasers, intercontinental ballistic missiles and space travel. The Large Hadron Collider, the particle accelerator outside Geneva wrestling with the biggest questions of physics, needs 120 metric tons of helium a week to keep running. Most of humankind’s helium comes from the U.S. and Qatar, and technical or political factors can constrict the market almost overnight. March for Change initially bought enough helium to lift its Johnson blimp two months ago through a crowd-funding campaign that raised almost three quarters of a 10,000-pound ($12,300) target. Inspired by the blimp of Donald Trump that flew over London this year for the U.S. President’s U.K. state visit, the pink-faced Johnson blimp features trousers dotted with love hearts beside the name “Nigel” in reference to pro-Brexit campaigner Nigel Farage.