For Big Star Energy, the newly acquired Enterprise prospect represents a crucial first mover advantage into the world’s new boom commodity – helium. The world is now experiencing ‘Helium Shortage 3.0’, explorer Big Star Energy says; the third helium supply crunch of the past decade. Big Star has crucial early mover advantage as one of the only ASX companies with exposure to this emerging boom commodity. The explorer is accelerating its new helium gas exploration initiative at the exciting Enterprise prospect in the US, where it has initiated a leasing program over 5000 gross acres. Today, the first lease was secured. There’s potential for multiple helium reservoirs at Enterprise, which is about 15 miles long and on trend from previous shallow, high grade production. Geochemical and geophysical programs are already underway, targeting helium anomalies at surface for upcoming in-field activity. A 3 to 5 well drilling program is due to kick off in the first quarter of next year. Big Star’s subsurface oil and gas skillset and helium knowledge also gives it a key advantage, with helium exploration and development conducted in almost the same way as with conventional hydrocarbons. “The progress of our helium initiative has been particularly pleasing since we first announced it on 29 March 2019,” Big Star Energy managing director Joanne Kendrick says. “Within our initial focus area identified earlier this year, we now have 30 prospects and leads with an exciting technical work program well underway including the reprocessing of aero-magnetics and gravity data and an in-field geochemical survey.” 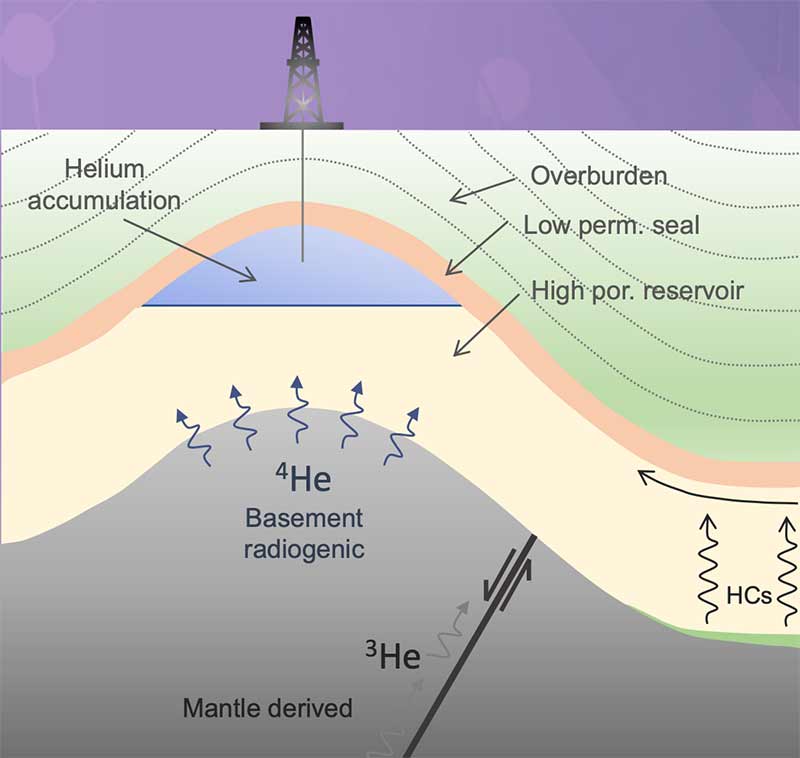 A helium boom is coming

Helium is used in space exploration, rocketry, high level science, in the medical industry for MRI machines, fibre optics, electronics, telecommunications, superconductivity, underwater breathing, welding, and nuclear power stations. For many of these applications, helium is irreplaceable. The US Bureau of Land Management (BLM), which controlled about 20 per cent of global supply, has now discontinued private sales. There is no way of manufacturing helium artificially, and existing resources, usually a by-product of natural gas processing, are finite. Which means demand continues to grow, despite escalating prices. Helium is traditionally traded on confidential long-term private contracts, keeping prices opaque, but we do know that in September last year, the BLM annual helium auction fetched an average price of $US280/mcf — up 135 per cent from the previous year. That’s a hefty spike: 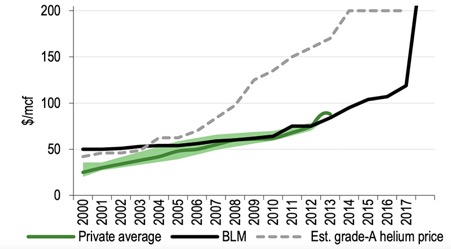 The present spot market is attracting even higher prices, with up to $US1,000/mcf being paid by some desperate end users, Kendrick says. “The commodity has seen three supply shocks in the last decade resulting in helium’s end users being rationed as demand outstrips supply,” Kendrick says. “The helium price is now 100 times greater than the hydrocarbon gas price in the USA.”

This entry was posted in Helium exploration, Helium shortage. Bookmark the permalink.