A global helium shortage is causing industries across the country to adopt sustainable business models. In South Mississippi, Krystal Guerrero is the owner of AIRmazing Balloons and Gift Shop. When she started her business 12 years ago, she said the cost of a large tank of helium was about $80; now, it’s $240. While carefully piecing balloons together to prepare for a Hawaiian-themed pool party, she said she is getting creative to come up with different ways to keep her business afloat. “In this industry, we’ve been forced to be creative to find ways to be around not needing as much helium,” said Guerrero. Using plain air and metal rods to build structures is her way of cutting costs as the price of party decorations inflate. Helium, however, has critical uses that go far beyond party planning. It’s used in deep sea diving, airbags, cryogenics, and in areas of tech that include fiber optics and semiconductors. Because helium gas doesn’t burn, it’s also useful for rocket engines. Helium is also a crucial substance used in healthcare. Because liquid helium is so cold, it’s used to cool superconducting magnets used by MRI scanners. 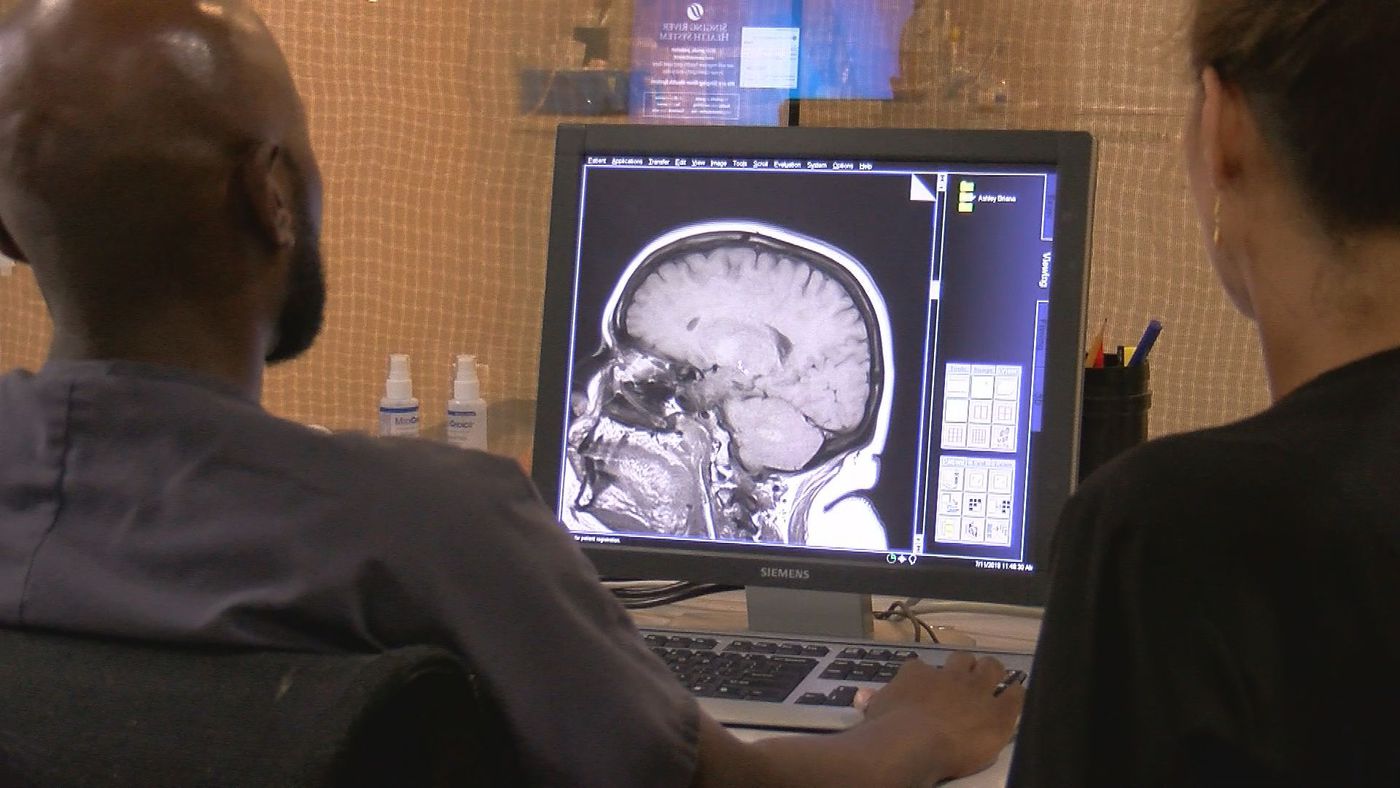 Helium has been used in MRI machines since the 80s. However, now that it is in short demand, the healthcare industry is developing new technology.

“Forty percent of the world demand for helium comes form the medical industry,” said Lance Rouse, imaging services director of Singing River Health Services. “The majority of it for the MRI scanners that you see like one of them behind me.” Helium is the coldest substance on the planet, even colder than nitrogen. It is an integral part of operation for high-powered scanning equipment. “We need that to super-cool the magnet, to be able to get the resistance down in the wires,” explained Rouse. “It’s pretty complicated.” Less helium means higher costs for hospitals. Rouse said some companies are trying to beat the shortage with innovative tech. “Philips Medical Systems are developing an MRI scanner that only uses seven liters of helium to operate. The one behind me uses 2,000 liters.” Rouse noted that if the earth ever ran out of helium, our next option is to look to outer space. “We can also go to the moon, the moon has a lot of helium,” said Rouse. While helium may be the second most abundant element in the universe, there aren’t many places currently producing and storing helium. Forbes says the number of helium production plants has shrunk since 2006-2007. Currently, there are only 14 liquid helium refineries in the world. Seven of those are in America, making the U.S. the largest helium supplier in the world. According to The New York Times, this is the third global helium shortage in the past 14 years. The helium shortage has led some businesses to close their doors. In May, Party City announced it would close 45 stores across the country. While the corporate office at the company said the closure was not because of the helium shortage, Party City’s CEO admitted that helium had affected balloon sales.