There Is A World-Wide Shortage Of Helium

The world risks running out of helium, which would have enormous impacts on medical imaging and scientific research. 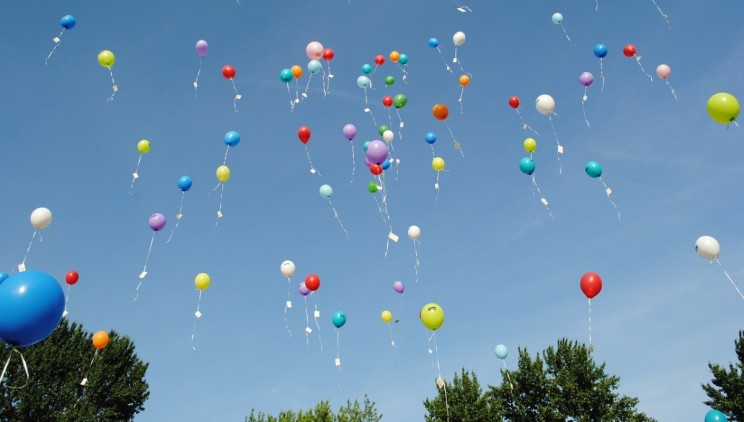 Go into your neighborhood party store for some helium filled balloons, and there’s a good chance they’ll be out of helium. That’s because currently, there is a world-wide helium shortage, and helium prices have jumped 135% in just a year. U.S. party supply store, Party City saw its share price shrink 30% in the last six months due to the short supply. This isn’t the first time there’s been a helium shortage, in 1958, the balloons used in the Macy’s Thanksgiving Day Parade were filled with air rather than helium due to a shortage. Besides making people sound like chipmunks when they inhale some of the gas, and its use in party balloons, helium is primarily used to cool the superconducting magnets within Magnetic Resonance Imaging (MRI) scanners. It is also used to make silicon wafers, which are the precursor of integrated circuits, and it is used in photovoltaics, or solar cells. 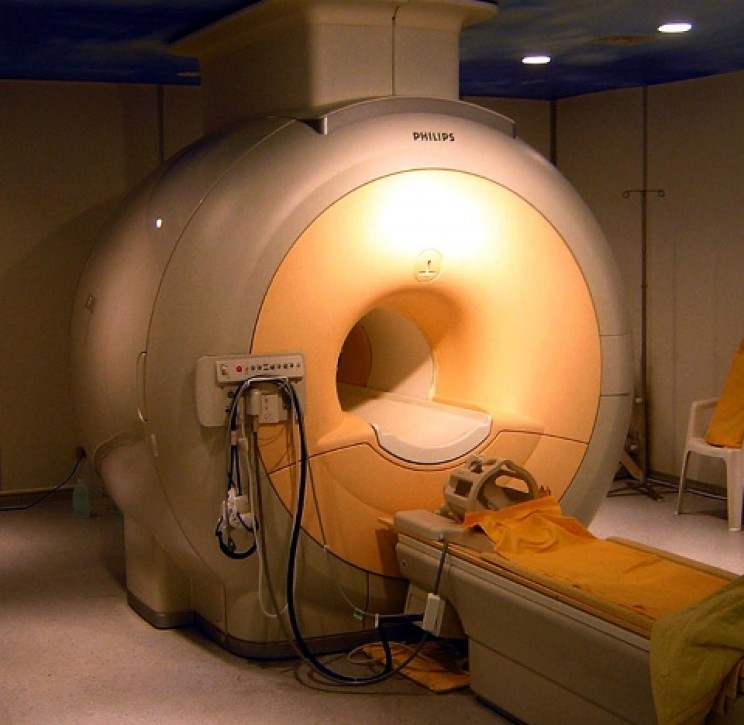 The Large Hadron Collider at CERN uses 96 metric tons of liquid helium in its superconducting magnets.

Helium is a colorless, odorless, tasteless, non-toxic, inert, monatomic gas, and is the first of the noble gas group on the periodic table of the elements. After hydrogen, helium has the second lowest atomic number — 2, and it has the lowest boiling point of all elements. Helium is a non-renewable resource, which means that once earth’s helium is gone, it’s gone. Helium gas is less dense than air, so when it escapes its containment, it floats out into space. For a long time, the U.S. has been the world’s largest producer of helium, accounting for 40% of the world’s supply. Number two is Algeria, and number three is Qatar. Helium is recovered in very small quantities from natural gas production. Only .3% or more is considered necessary for commercial helium extraction. In the U.S., the fields with recoverable helium are all located within a fairly short distance of one another in the U.S.’s Southwest. Fields are located in the U.S. states of Colorado, Kansas, Oklahoma, Texas, Utah and Wyoming. 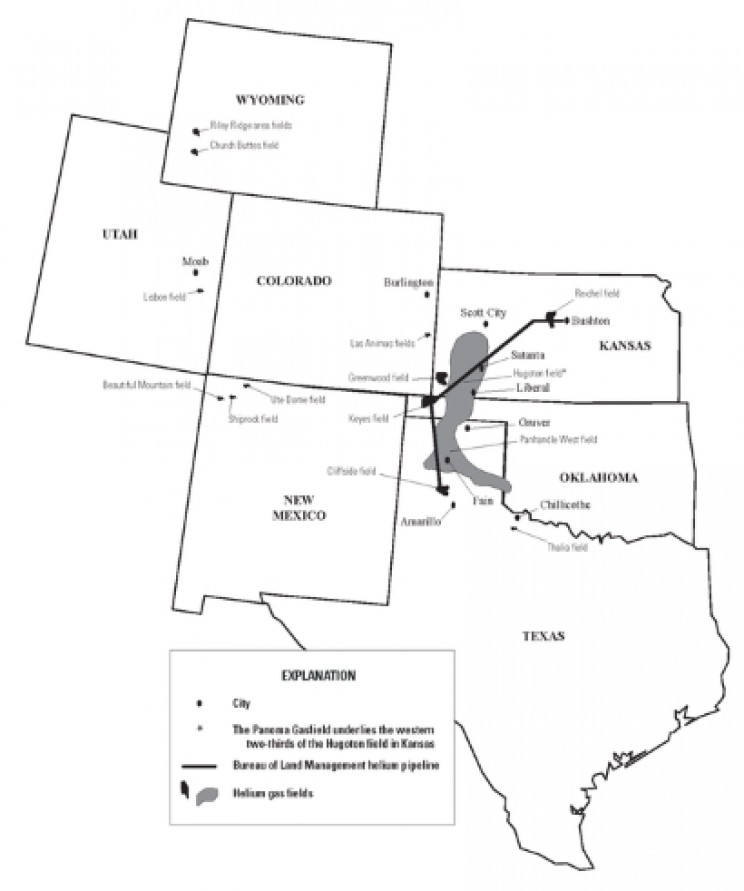 According to a recent article in the trade publication Gasworld, 75% of the world’s helium now comes from just three locations: Ras Laffan Industrial City in Qatar, ExxonMobil in Wyoming, and the U.S. National Helium Reserve in Amarillo, Texas.

Helium was first mined in 1903 in Dexter, Kansas, when an oil drilling operation produced a gas geyser that wouldn’t burn. The Kansas state geologist took a sample to the University of Kansas, where it was identified as helium. During WWI, the U.S. Navy sponsored three helium plants, and used the gas in barrage balloons. These were large balloons with cables attached to their bottoms that could be flown above airfields to discourage enemy aircraft from flying over. After the war, the U.S. built its first rigid helium-filled airship, the USS Shenandoah in 1923.

In 1925, the U.S. congress passed the Helium Act of 1925 which had two purposes: it created a National Helium Reserve at Amarillo, Texas, and it banned the export of helium. Because of that ban, and the U.S.’s monopoly on helium production, airships, such as the Hindenburg, were forced to use hydrogen as their lifting gas. Because of hydrogen’s high flammability, this led to the Hindenburg Disaster on May 6, 1937. After the Helium Acts Amendments of 1960, the U.S. tasked five private plants with recovering helium from natural gas and storing it in the National Helium Reserve. There, the gas is compressed at the surface, and stored in a layer of dolomite rock more than 3,000 feet underground. A thick layer of salt keeps the gas in place. The dolomite rock is one of the only geological formations on earth that can hold large quantities of helium. The natural gas fields near the reserve are also particularly rich in helium. The government also built a 425-mile (684 km) pipeline between Bushton, Kansas and Amarillo, Texas, to move the gas. By 1995, there were a billion cubic meters of helium being stored in the National Helium Reserve, and the reserve was $1.4 billion in debt. This led the U.S. Congress to pass the Helium Privatization Act of 1996. The reserve was tasked with selling off its supplies, but instead of letting the market for helium set the price, the Helium Privitization Act specified a price that was about half the open market price. This undercut efforts to conserve existing supplies of the gas.

In the mid-1990s, a new helium plant in Arzew, Algeria produced 17 million cubic meters (600 million cubic feet) of helium, which is enough to satisfy all of Europe’s demand. Between 2004 and 2006, helium plants were built in Ras Laffam, Qatar and Skikda, Algeria. Recently, researchers from Durham and Oxford universities have found a new helium field in Tanzania’s Rift Valley in East Africa. Its size is estimated to be around 54 billion cubic feet, which would be enough to fill over 1.2 million MRI scanners, or a lot of party balloons.