The world is currently experiencing its third major helium shortage in the past 14 years, putting science and industry at risk. Helium is a key gas used in industries like space exploration, health care and technology. While everyone is familiar with helium’s use in party balloons, the lighter-than-air element has many more important uses in semiconductor manufacturing, medical imaging and other technological applications. Helium is generated deep underground by the radioactive decay of uranium and thorium over geological timescales. It gets trapped in non-porous rock formations. The only way to find helium is to drill exploration wells deep into the subsurface. Scientists are facing a number of new challenges to get a reliable supply of helium for their research programs. The shortage has consistently raised helium prices; research applications like gas chromatography, mass spectrometry and nuclear magnetic resonance spectroscopy take a backseat to helium needs in health care. 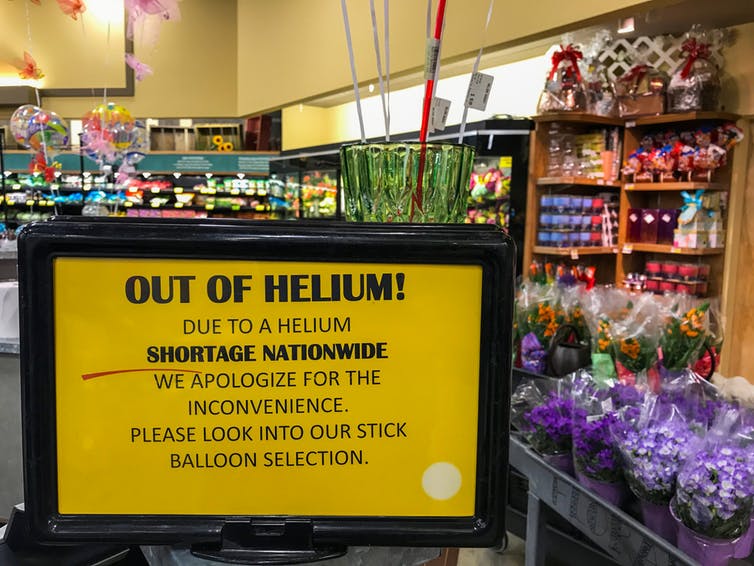 I am the principal investigator for a research group that has been involved with sampling and analysis of some of the recently drilled helium wells in Saskatchewan.

With no guarantee of a steady supply, the cost of helium used for research has increased over 15 per cent over the past four years when buying individual tanks of gas. At these prices, universities have been forced to ration due to a lack of supply, while wholesale prices have risen to $500 or more for bulk supply. Over the past few years, a number of start-up companies have been successful in new exploration and production efforts in Western Canada. An American company opened the first new helium production facility in Canada in 2016 since Canadian Helium stopped production from their plant near Swift Current, Sask., in the early 1970s. Calgary-based North American Helium has also been active on the exploration front, with six successful wells completed as of last summer. That company has over one million acres of helium permits and leases and is preparing for the construction of its first production plant. A number of companies have been bringing smaller-scale production online in the United States for the last few decades, but even with an existing discovery, it takes years to develop a well from concept to plant. With production and sales from the U.S. Bureau of Land Management helium reserve coming to an end, there is a need for new North American helium production. The industry has relied on discoveries made by companies exploring for oil in the 1960s, including three fields in Saskatchewan. Only recently have companies started drilling exploration wells targeting helium.

What makes the helium resource in Western Canada so attractive is the gas composition itself, which differs from other helium resources in other parts of the world. These have high levels of carbon dioxide or methane, but the helium wells in Western Canada are associated with underground reservoirs of nitrogen gas. Because nitrogen is benign and already makes up 78 per cent of Earth’s atmosphere, these projects don’t require large pipelines for methane recovery or carbon dioxide disposal. Extracting this resource will have a much smaller environmental footprint in Canada. 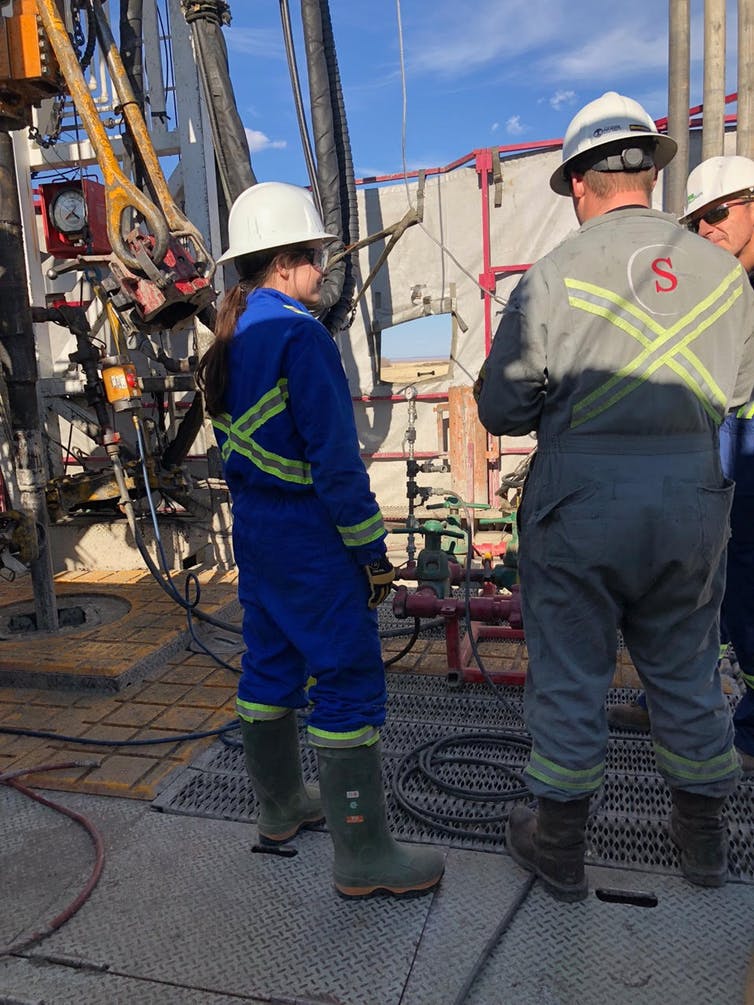 Graduate student Karly Dominato on a helium drilling project in Saskatchewan in the fall of 2018. Scott Mundle, Author provided

Western Canada has another huge advantage over other areas with potential for helium exploration, like central Australia or Siberia. All of the major recent historical helium discoveries in Canada, are in areas that have already seen significant oil and gas development. This means that the growing helium exploration industry can piggyback on decades of investment by oil and gas companies, such as existing seismic data and well control. What is also likely contributing to higher levels of investment and activity is the proven nature of the opportunity for helium extraction and the maturity of the exploration industry. Western Canada also hosts a huge and capable oil-service sector, providing the skills, expertise and tools to get wells drilled and brought online in a timely fashion. In other jurisdictions seeing interest for helium exploration, such as Tanzania in East Africa, whether due to financial constraints or the lack of an oil service sector, none of the companies targeting helium in East Africa have yet to successfully drill a helium production well. With a nascent helium exploration and production industry reaching maturity, multiple companies active in the area, a small environmental footprint and attractive economics, Western Canada is now poised to become a leader in the future production of helium. These new explorers are well positioned to fill the supply gap.