How The Helium Shortage Will Impact Your Healthcare 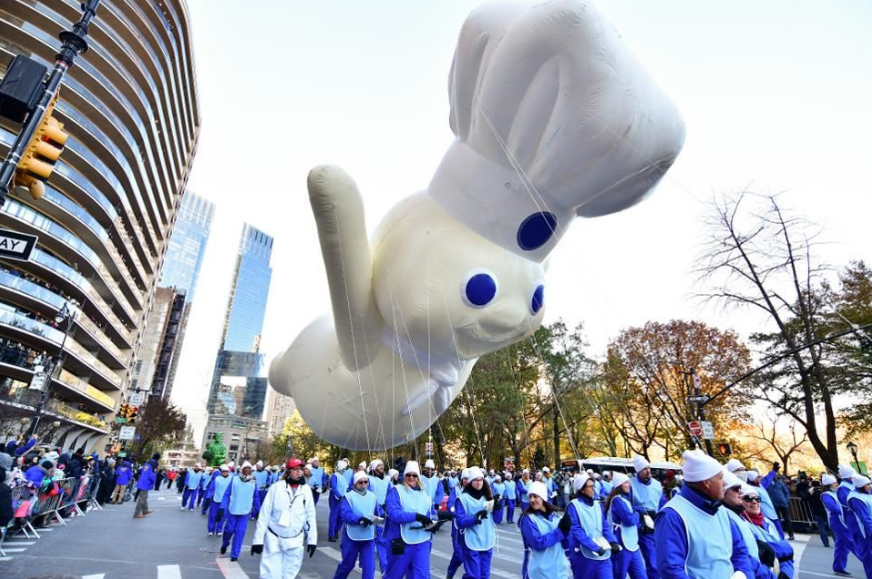 Don’t take the current shortage of helium lightly. Filling all those giant Hello Kitty balloons in your bedroom is not the only important use of helium. This element serves very important roles in healthcare, and it can be super-cool. That’s why you can add helium to the list global shortages to worry about, which currently includes shortages of clean water, health care workers, and escargot. According to Eduardus Duin, PhD, Professor of Chemistry and Biochemistry in Auburn’s College of Sciences and Mathematics, “the helium shortage has been going on for almost a decade.” This has not only led to ballooning costs for helium-filled balloons but also left the future for others who depend on helium a little up in the air. What the He, you may ask? Isn’t helium, represented by the symbol He, the second most abundant element in the universe next to hydrogen? So, how, then, could there possibly be a shortage of the stuff? Well, as Captain Marvel said in the movie Avengers: End Game, there are a lot of other planets in the universe. Helium may be plentiful elsewhere, but on Earth, which presumably is where you are located, helium tends to float off into space. Most of the helium on Earth is produced when uranium and thorium decay in the Earth’s crust. This leaves pockets of helium trapped in the crust close to collections of natural gas and oil. Thus, when companies drill for natural gas, out comes helium at the same time. Separating the helium from the natural gas and storing the helium can be quite expensive. The liquid form can easily turn into gas, and the gas isn’t easy to keep contained. So, in the words of the song from the movie Frozen, many natural gas companies may just “let it go.” As a result, there aren’t that many places on Earth currently producing and storing helium. According to an article by Luke Manickam and Rob Cockerill in Gasworld, which has nothing to do with farting and instead is a gas industry trade publication, 75% of all the world’s helium production now comes from three locations: Ras Laffan Industrial city in Qatar, ExxonMobil in Wyoming, US, and the BLM-operated US Federal Helium Reserve in Amarillo, Texas, US. The number of helium production plants has actually shrunk since 2006-2007, when several plants closed for maintenance and never really re-opened. Duin added that “The current squeeze is in part the effect of the decision of Saudi Arabia and the United Arab Emirates (UAE) to implement an embargo of Qatar which resulted in the temporary shutdown of Qatar’s helium production and caused a helium shortage that lasted into the fall of 2017. The US is slowly releasing some of its old strategical supply which helped to bridge this period but this supply is supposed to be completely sold in the next couple of years.” So what’s so great about helium? Well, first of all, helium is lighter than other gases. That’s why helium-filled balloons go up rather than drop like rugby balls, and the gigantic Pikachu doesn’t face plant in the Macy’s Thanksgiving Parade. It is also the reason why inhaling helium can make actress Sofia Vergara sound like this:

As you can hear, sound waves travel faster through lighter gases like helium, leading to the Alvin and the Chipmunks’ voice effects. This lighter side of helium may help patients who have various types of lung conditions as well. Since mixtures of helium and oxygen are lighter than air, such mixtures may flow through airways more readily than other gases such as room air or just oxygen. Thus, patients with asthma, chronic obstructive pulmonary disease (COPD), or other conditions that make it harder for air to flow to their lungs may find it easier to breathe helium mixtures. However, according to a review article published in the Emergency Medicine Journal, Heliox, the name of this helium and oxygen mixture, remains “remains an enigma, its use sporadic, and its role undefined.” There’s another aspect of helium that makes it super-useful in medicine. When in its liquid form, helium can be real cool. Like really cool. Like really, really, really cool. Helium can bring temperatures down to below minus 450 degrees Fahrenheit, a lower temperature than what other common coolants such as liquid nitrogen can accomplish. This is important for things that need to be downright super-cold to function well like superconducting equipment in particle accelerators and magnets to build semiconductors. 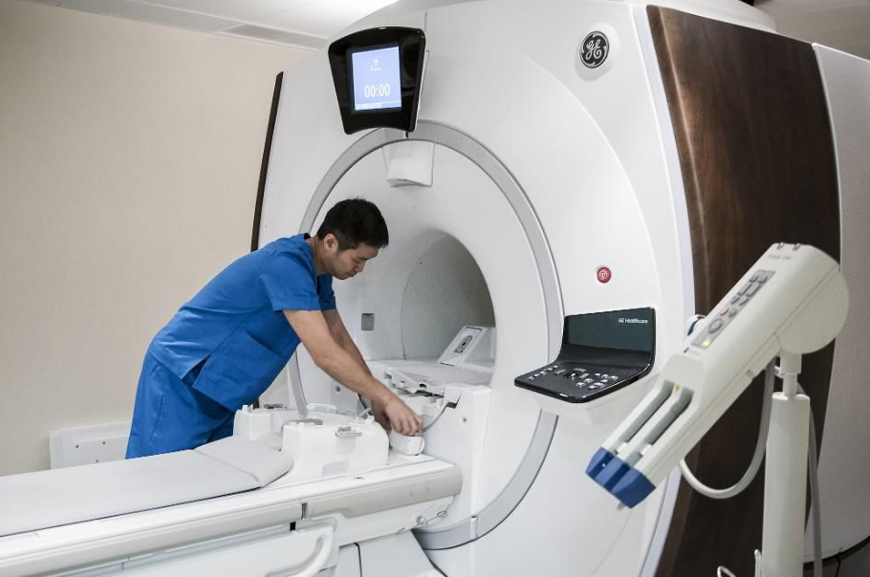 Speaking of magnets, helium also helps MRI (magnetic resonant imaging) machines operate. The magnets in MRI machines include many coils of wires that conduct electricity. Bathing these wires in liquid helium can supercool them, dropping the resistance of the wires to close to zero. This very low resistance allows the wires to conduct enough electrical current through the coils of wires to generate a strong magnetic field. The magnetic field is why you should never go into a room with an running MRI machine wearing metal bling. The magnetic field is also what helps generate the images produced by MRI machines by perturbing the hydrogen atoms in your body, eventually causing them to release energy that is then captured by the scans. Without the helium to supercool the wires so that they can then superconduct electricity, MRI machines would require far too much energy and therefore would be even more super-expensive, which would not be super. MRI scans have become super common too. A study published in JAMA found that in 2016, 118 MRI scans were performed for every 1,000 people in the U.S. MRI scans allow doctors to see inside your body in greater detail than most other imaging modalities. They can then help doctors find, identify, and thus properly treat a wide variety of conditions, ranging from sports injuries to tumors. Since there is currently no alternative to helium to keep these machines running, take away helium and MRI goes bye-bye. Bye, bye, bye would also apply to medical research that depends on MRIs and nuclear magnetic resonance spectroscopy (NMR). NMR, which also relies on the super-cooling properties of helium, can help researchers study the structure of proteins, nucleic acids, carbohydrates, and other molecules to better understand and address how the human body and potential medical treatments may work. These are all reasons why the global helium shortage is indeed a heavy issue. Sure, not having balloons float is a bummer. And who wants to see the giant Snoopy balloon in a down dog position. But the shortage has even greater implications across a number of industries, including health care. After all, it is not a stretch to say that helium is important for many current and future patients. In other words, helium can certainly help in healing them.