PHOENIX – A Canadian energy company will add to its helium operation with more than 3,000 acres of newly leased federal land near Petrified Forest National Park in northeastern Arizona. But an environmental group and Arizona U.S. Rep. Tom O’Halleran worry that operations could threaten key water sources and at least two endangered species. Desert Mountain Energy Corp. of Vancouver purchased two oil and gas leases auctioned by the Bureau of Land Management late last week, paying $2 an acre. The company already leases nearly 37,000 acres of state land in the nearby Holbrook Basin, where the company has found seven helium deposits so far. Helium is critical to manufacturing, technology and aerospace industries. Arizona does not have a rich history of natural gas deposits, but the oil and natural gas rights to land in the basin are a hot commodity to energy developers who believe “Arizona is the Saudi Arabia of helium.” Irwin Olian, president and CEO of Desert Mountain Energy, said drilling for helium does not require heavy infrastructure, and deposits are relatively shallow. But not everyone considers helium production to be minimally risky. Taylor McKinnon, a public lands campaigner with the environmental nonprofit Center for Biological Diversity in Tucson, said he is afraid “industrialization” of the area would have a negative impact on the ecosystem by creating noise, light and water pollution. McKinnon also said nothing in these leases prohibit fracking in the future, and that Desert Mountain Energy Corp.’s “modern drilling and production techniques” could still use some form of chemically enhanced fracturing, such as acid fracking, to get helium out of the ground. “The use of acid chemicals in the drilling process is something that would concern anyone,” McKinnon said. Helium is mined using vertical wells drilled straight down over likely deposits. Once the gas is found, the pressure underground pushes it up through the hollow center of the drill and into a series of pipes to separation tanks. In these tanks, water, carbon dioxide and nitrogen are removed from the gaseous mixture. The result, 99 percent pure helium, is cooled to a liquid form and transported away for use. McKinnon also is concerned about two federally endangered species – the Little Colorado spinedace, a small, silver fish, and the western yellow-billed cuckoo – that could be in the crosshairs if fluids used in the operation got into surface or groundwater. Several rivers and streams flow near the leased parcels and empty into the Colorado River, which supplies water to 40 million Americans. The Little Colorado River, one of Arizona’s major tributaries to the Colorado, is one of them. McKinnon worries that an accidental spill from the helium operation could get into these waterways and threaten human health.
“This water flows downstream, through several communities, small farming communities, Holbrook, Winslow, and eventually finds its way into the Grand Canyon,” he said. O’Halleran, D-Sedona, sent two letters to the acting director of the Bureau of Land Management citing “serious concerns” with the leases, including the threat of runoff into the Little Colorado and Puerco rivers. In his second letter, sent the day after Desert Mountain Energy Corp.’s bid was approved, O’Halleran accused the BLM of conducting last week’s auction without public input. “It is essential that any action that could contaminate or threaten water supply from the Colorado River not move forward,” he wrote. Olian, Desert Mountain Energy’s CEO, said Arizona was first put on the map for helium production during the space race with the Soviet Union in the 1960s. The gas, for example, was used to cool the engines on Apollo 11 for the moon mission. “Holbrook Basin has the potential to be one of the world’s leading sources of helium once again,” he said. Today, technology companies including Google and Netflix use helium as a coolant for server banks. That’s helped put the gas, once again, at a premium. But helium is only created during radioactive decay of such elements as uranium over millions of years, so it’s finite. Scientists are unsure exactly how much helium is left on earth, but the supply will dwindle as the gas escapes into the atmosphere. The U.S. produces more than half of the world’s helium supply, and much of it comes from Kansas, Texas and a federal helium reserve that was created during the 1960s. The process of drilling for helium is relatively simple, Olian said. “Helium does not really require huge infrastructure like a gold mine or copper mine,” he said. “The impact is relatively minimal. And these wells can be drilled very quickly.” Desert Mountain Energy plans to conduct seismology studies in the fall to prepare for drilling once permits are approved by the federal government. “The beauty of it is, typically, most of the helium wells are, in many cases, very shallow. For instance, only 1,500 feet,” Olian said. “These are small, shallow wells. There’s very little if any environmental impact.” Desert Mountain Energy Corp. has not had any accidents while exploring for helium in Arizona. The Bureau of Land Management, which oversees millions of acres of public land across the country, mainly in the West, will need to approve permits before drilling can begin, according to Adam Eggers, a public affairs specialist for the agency. Oil and natural gas leases for BLM land last for 10 years. Desert Mountain Energy bought the leases at $2 an acre, which translates to nearly $11,000, including agency fees and other add-ons. 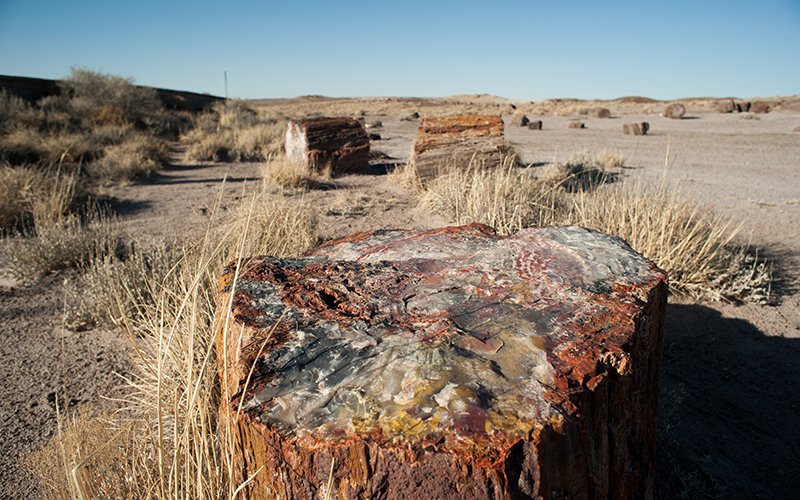 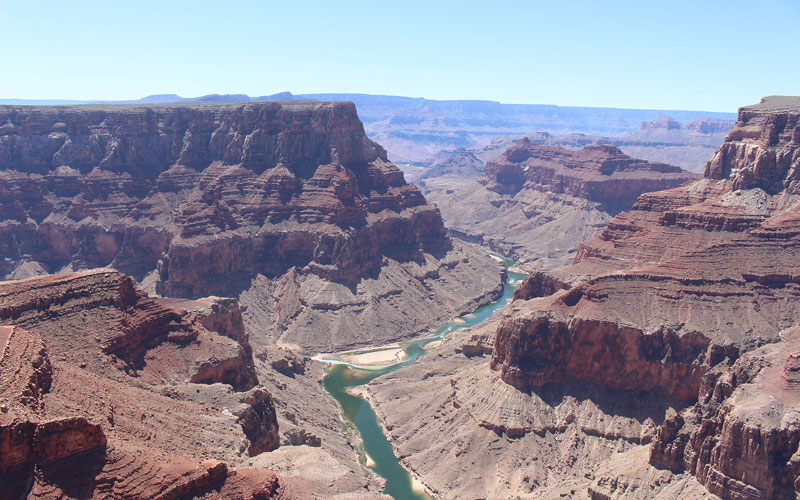 The environmental group Centers for Biological Diversity worries that helium mining could create hazards for endangered species and potential chemicals could contaminate nearby rivers such as the Little Colorado. (Photo by Sophia Kunthara)

The environmental group Center for Biological Diversity worries that drilling for helium could harm endangered fish and birds and potentially contaminate nearby rivers, including the Little Colorado. (File photo by Sophia Kunthara/Cronkite News)