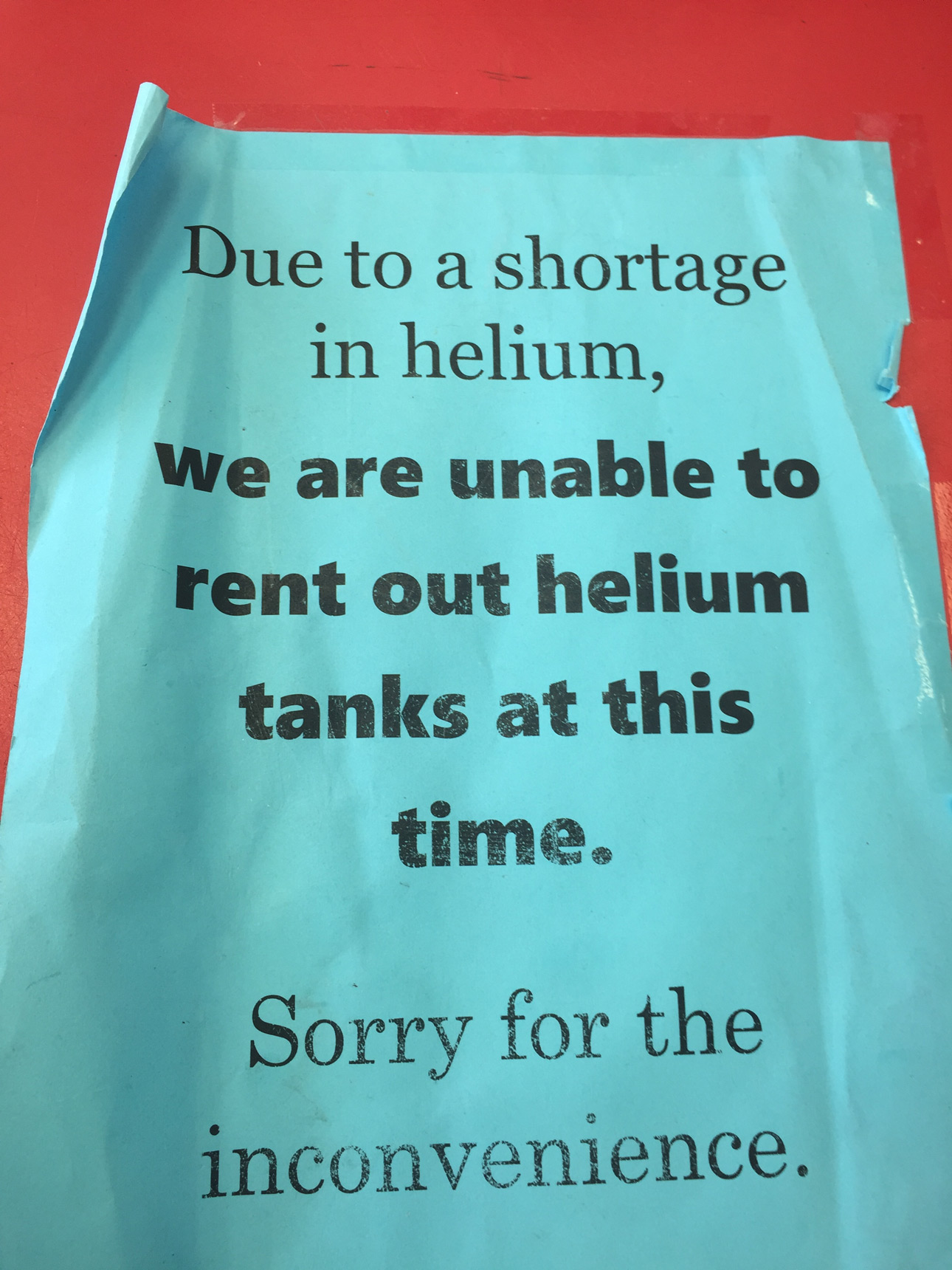 A worldwide helium shortage is hitting home in Northeast Florida, causing problems for people trying to purchase balloons or helium tanks. The helium shortage is something that has been a concern for several years. Many party stores in the Jacksonville area are feeling the pressure and must keep an eye on their supply. In some cases, they are limiting how much they use. A sign at the checkout counter at the Party City on San Jose Boulevard reads: “Due to a shortage in helium, we are unable to rent out helium tanks at this time. Sorry for the inconvenience.” At the Party City on Atlantic Boulevard, a notice to shoppers says: “Due to a helium shortage, we are unable to take any balloon orders at this time. Sorry for the inconvenience.” Directly below it, another sign states: “Helium shortage looms.” Daniel Santavicca, an associate professor in the physics department at the University of North Florida, said the helium shortage is because the demand for helium is greater than the supply available on Earth. “It accumulates in deposits underground. But the formation — just like how oil is formed — it forms very slowly, over millions of years. So we’re pulling it up from the ground, much like oil, a lot faster than it’s being formed,” Santavicca said. While helium is used to inflate balloons, it is also used for welding and for MRI machines in hospitals. To manage the shortage, Santavicca said many hospitals and research labs use helium liquefiers to recycle helium. “When we use the liquid, say in an MRI machine in a hospital, gradually that boils and turns into gas. We can capture the gas and reliquify it and recycle it,” Santavicca said. However, the process is not always perfect and Santavicca said eventually the supply of helium may run out. When the Earth will actually run out of helium is unknown, but Santavicca said it will be many years down the road.