China Has Big Plans For Space In 2018, Including A Moon Mission

Last year was a great one for space with some amazing rocket launches from Elon Musk at Space X, as well as from Jeff Bezos and Blue Origin. In just the course of one year, we have seen our ability to launch payloads into space, as well as rockets that leap off the launch pad and return the first stage of the rocket and soft land at the very location where it took off. It’s quite amazing! Just a few years ago, we would have thought that this was the pure stuff of the imagination. In addition to the many American and European private space firms, we will be seeing a lot from the Chinese space program in 2018. China is looking at a tumbling space station, the Tiangong 1, which is set to re-enter the atmosphere, as soon as February or March. Concern exists that this object will not burn up completely upon reentry and that some hard parts will strike the Earth for people who live anywhere in the 43 degree north or 43 degree south latitudes. In addition to this, extra propellant in the form of dangerous hydrazine may return to Earth. But, on the more positive side, the Chinese space agency is looking to do some really amazing things off of Earth. Get set for a special moon mission: The Chang’e 4 spacecraft will attempt to place a small lander as well as a rover on the far side of the moon. That has never been done before. The complications of not having direct radio contact with a spacecraft, as well as navigating the many large crater and mountain regions of this side of the moon, make this type of mission very difficult indeed. The spacecraft were named for the great moon goddess, Chang’e. The region of the moon that the Chinese have chosen for this mission is a large crater, named Von Karman, in a very remote region near the south pole of the moon. The region is rich in thorium, which has been used as a replacement for uranium as a nuclear fuel in special reactors. The ability to harvest the isotope, helium-3, is also thought to be some of the motivation for landing in this region of the moon. If so, the Chinese could use this isotope to develop future rocket motors of other potential weapons systems. Helium-3 is so rare here on Earth that we only have some 0.00137 percent found in nature! Let us hope that the harvesting of these rare materials are used for peaceful purposes. As crazy as it may seem, the U.S. government had a secret project known as Project A119 back in 1958, which proposed detonating a small nuclear bomb on the moon to help study the effects of nuclear weapons in space and use that to help deter the Soviets from further weapon development. The nuke would have been detonated along the light and dark line on the moon, known as the terminator, so people could watch this from Earth. China is also developing a large, heavy-lift rocket known as the Long March 9, which will be capable of placing large payloads in space and on to the moon and the planets. The Chang’e 4 mission is set for launch a early as mid-2018 and the Long March 9 rocket for late 2018. Here is your very own January 2018 sky map to help locate many of the objects and events listed above. 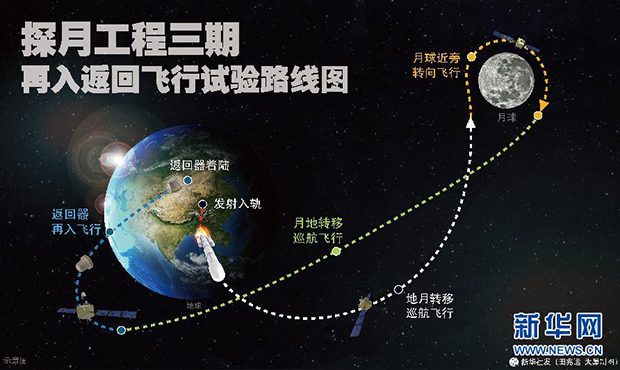