Don’t Take Helium Lightly! This Lighter Than Air Gas Could Be Bigger Than Lithium

It’s Helium vs Lithium, Find Out Why Helium Could Be The Next Rare Element That Investors Go Crazy Over And Why American Helium Inc. May Be Perfectly Positioned To Benefit

While many investors are putting all of their attention into lithium and other components of in-demand lithium ion batteries these days, there is actually another commodity that is posting even better gains and which is currently “under the radar.” That commodity is helium gas – yes the same helium that is used in party balloons. The truth is helium has a number of high-tech uses – including in the cryogenics and electronics industries among others.

The thing is, the supply of helium has now reached critical levels – making a company like American Helium Inc., which has accumulated large property positions in an area known for being rich in helium a company for investors to take note of. American Helium Inc. currently owns 12 BLM leases totaling in excess of 17,000 acres in the known helium region of Carbon County, Utah. The leases are effective until January 2025. Currently, American Helium’s reserves are estimated to be large enough to meet the world’s entire demand by itself. And that’s not all, American Helium’s holdings are also located next to key infrastructure for separating helium from other gases. From a development perspective, American Helium Inc. exploration program is fully funded and is expected to be finalized within the next fourteen months, with the drill program expected to be completed by the beginning of next year. This de-risks the project substantially as management will not need to raise capital to complete the exploration. So why is all of this important? Because of this one simple fact …
There Are Currently Looming Shortages in the Helium Market! 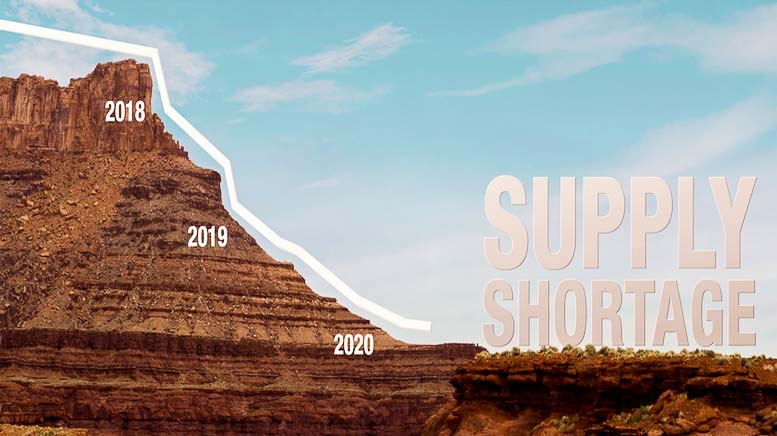 The US has long been a major producer of helium gas. In fact, in 2016 it produced 41% of the world’s supply while Qatar was the second biggest producer at 32%, according to VisualCapitalist.com. Russia is also looking to become a player in the helium market, but currently only provides 2% of the world’s supply. So even though the US is a leading producer, right now there are only about 10 companies that are able to produce helium in the U.S., and none of them are solely focused on helium like American Helium Inc.. In fact, two of our country’s largest helium assets, the Hugoton and BLM storage facility, are known to be declining with new sources unable to offset these declines in the near term. Looking globally, Qatar and Russia’s Amur project could provide a significant supply of helium but the project has been subject to extreme delays, and if it does come online, it would have to ramp up incrementally. Another big problem is that last year Qatar closed its two helium production plants due to a boycott imposed by other Arab states. This removed 2 billion cubic feet of liquid helium, roughly 25% of the total world demand from the market. Given political tensions in the region, if a blockade happened once, it could certainly happen again, so in the end, it may not be a question of sufficient supply, but rather is the supply — however sufficient it is — sustainable and accessible? As a result of all of this, helium supply is expected to be eclipsed by helium demand, which is growing at around 1.5% per annum. Up until now, sales of government stocks have plugged the supply/demand gap, but this is meant to come to an end within the next three years. In other words, a company that specializes in helium production and that has significant holdings, like American Helium Inc., could be poised to become a future market leader.

After All, Helium is Needed Now More than Ever

Helium has the lowest melting temperature of any element, meaning it can also be the coldest liquid that can be used for technological purposes. For this reason, it is used in:

Let’s take a closer look at a couple of these markets:
The MRI market is expected to reach $5.6 billion by 2025, representing a growth of 6% per annum for the next seven years. Helium is used to cool down the superconductive magnet coil in the MRI scanners. Each machine uses around 1,700 liters of helium. It is estimated that there are roughly 134,000 MRI machines in the world today, compared to only 22,000 back in 2003, and this number is expected to grow at 6% per year. Similarly, the fiber optics market is growing at a rate of 5.2% per annum and is expected to reach around $9.2 billion by 2025. As helium plays a critical role in the cooling process in the manufacture of fiber optics, demand for helium is expected to increase in step.
A company like American Helium that is developing one of the largest helium resource bases in Utah could be perfectly positioned to benefit from all of this increasing demand. Offering Similar Price Increases to Lithium While Remaining “Under the Radar”. The average helium price trajectory shows that A-grade helium has moved up by an average of 8% CAGR over the last seventeen years, almost as much as lithium carbonate, which increased by 9% CAGR over this time. 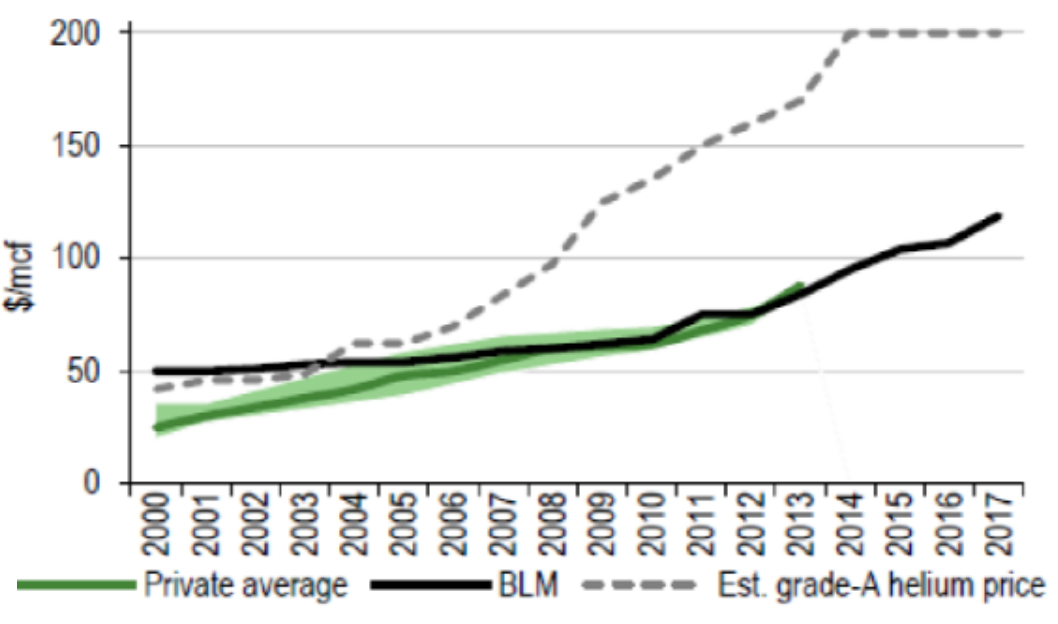 The difference between these two commodities is that almost no one is speaking about the rise in helium prices. In reality, like lithium, there is a scramble for helium happening right now under investors’ noses, which is exactly why American Helium Inc. decision to open up a brand new gas exploration project in Utah could be such an impactful move.

With Helium Found in a Variety of Applications, Demand for the Element Continues to Rise!

However, finding an adequate supply is anything but simple. Even though it is the second most abundant element in the universe, helium is actually rather scarce on Earth. Consequently, companies adept at producing and distributing the element with significant holdings – such as American Helium Inc. – are worthy considerations for investment. So what will American Helium Inc. do to capitalize on its Utah properties? Company officials are mulling four options:

Each of these strategies could prove beneficial for American Helium Inc.  and its investors. For example, developing the asset and producing themselves would allow American Helium to retain a major equity stake in the company and control over their asset. On the other hand, if American Helium did opt to take on a strategic partner, it would signal to the market that a significant player believes enough in the project to take a significant share, which normally results in a share re-rating. Furthermore, it would de-risk the project from a funding perspective. American Helium Inc. has indicated that given the quality of the deposit and promising extraction potential, that they would eventually look to secure off-take agreements and potentially work with major helium consumers such as Praxair. Goldman Sachs says Lithium is “The New Gasoline”. Just imagine what helium could be…
RECAP: 5 Reasons Why Investors Should Take a Closer Look at American Helium Inc.

The Bottom Line on American Helium

For investors interested in gaining exposure to the helium industry, American Helium  certainly presents a compelling opportunity. It controls 12 BLM leases totaling in excess of 17,000 acres in the known helium region of Carbon County, Utah. The leases are effective until January 2025 – and the holdings are also located next to key infrastructure for separating helium from other gases. These are considerable competitive advantages. In addition, American Helium Inc. drill program is moving along swiftly. The Company expects to have results by the beginning of next year at the latest. American Helium Inc. , which over the past five years has been actively exploring for helium assets, provides potential upside for the contrarian investor looking to invest in companies that are not yet on everybody’s radar but show a clear potential to benefit from an industry’s demand growth. But investors need to act soon. This company won’t remain under the radar for much longer. Right now, American Helium presents an opportunity that is poised to benefit from the potential upside in demand but that is not yet on investors’ radars.