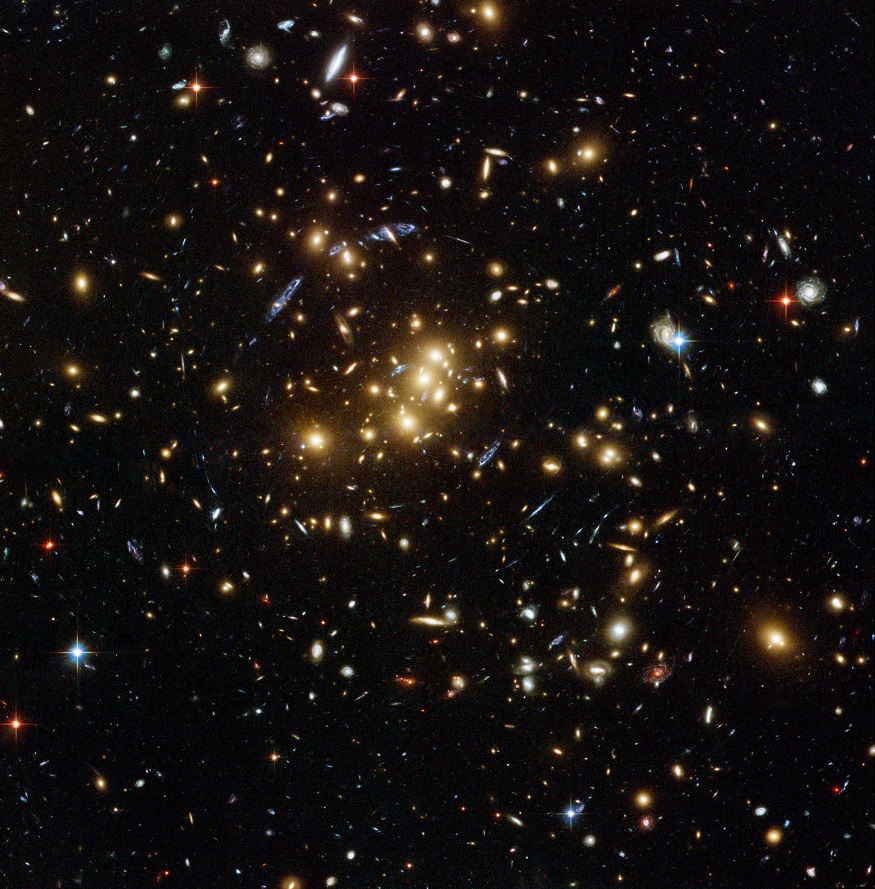 A new detector sensitive to low-mass dark matter particles too light for current experiments to see has been proposed by physicists in the US. Built around a bath of superfluid helium-4, the device would use field ionization to spot single helium ions ejected from the superfluid’s surface by colliding weakly interacting massive particles (WIMPs). The existence of dark matter has been inferred from unexpectedly high stellar and galactic velocities since the early 20th century, and recent observations of gravitational waves have only strengthened the case by ruling out some competing modified-gravity models. Despite the efforts of dozens of experimental collaborations worldwide, dark matter particles have not been detected directly. However, WIMPs are still the dark matter candidate favoured by most physicists.

Dark matter surveys conducted until now have focused largely on high-mass particles, and are relatively insensitive to candidates lighter than 10 GeV/c2, or about ten times the mass of the proton. Some recent theories have proposed WIMPs with masses below this threshold, so with a view to filling this observational gap, Humphrey Maris, George Seidel and Derek Stein at Brown University conceived a detector model that could extend the lower mass limit by three or four orders of magnitude. The team decided on 4He for the detector mass since it receives more energy per collision than heavier targets, and the low internal radioactivity minimizes false positive results. When dark matter particles interact with the target, recoiling helium atoms are expected to trigger phonons and rotons – quasiparticle excitations – which, in superfluid 4He, can propagate without scattering. When these excitations reach the surface of the superfluid, helium atoms are expelled by quantum evaporation. A similar technique was developed a decade ago by Maris, Seidel and colleagues at Brown University for the HERON neutrino detector. In that experiment, evaporated helium atoms were deposited on a silicon wafer calorimeter suspended above the superfluid, causing a measurable increase in temperature. “This worked fine if a large amount of energy was deposited in the liquid thereby producing many rotons and many atoms,” explains Maris. “But the method was inadequate for the detection of the small number of atoms that would be evaporated if the energy deposit was by a dark matter particle with, for example, a mass of 1 MeV.”

The novelty of the new approach lies in the device’s sensitivity to individual atoms. This makes the minimum detectable transferable kinetic energy (the energy imparted to a helium nucleus by a dark matter collision) equal to the binding energy of a helium atom to the liquid. Since no existing large-area calorimeter could be sensitive to such tiny energies, individual helium atoms ejected at low speed can only be detected if they are first accelerated significantly. The trick proposed by the team at Brown University is to have evaporated atoms pass near to arrays of positively charged, sharp metal tips. Strong local electric fields ionize the helium, and the resulting positive ions are accelerated toward a cathode at energies within the range detectable by current calorimeters. “The addition of the field ionization opens up the possibility of detecting energy deposits into the helium that are smaller by a factor of about 10,000 than in the previous work that we did. This will make it possible to detect dark matter in a mass range far below what has been previously achieved,” Maris told physicsworld.com. Assuming the Standard Halo Model of dark matter distribution – in which the galaxy is permeated uniformly by WIMPs of a single type, and the local galactic escape velocity is the maximum particle speed allowed – the researchers expect such single-atom sensitivity to translate to a detectable dark matter particle mass of 0.6 MeV/c2, or less than a thousandth the mass of a proton. A modified scheme that could achieve even greater sensitivity has also been presented by the group. Instead of employing bulk helium as the detector mass, a solid crystalline target could be used, which would also be susceptible to phonons initiated by colliding WIMPs. A helium film coating the crystal would exhibit the same excitation-induced quantum evaporation effect but with a lower phonon energy threshold. By lining an ultrapure target crystal with a few monolayers of caesium (to which 4He binds especially weakly), an atomically thin film of helium could further lower the WIMP mass sensitivity by orders of magnitude.