Blue Origin Stuns Aerospace Sector With Its BE-4 Rocket Engine 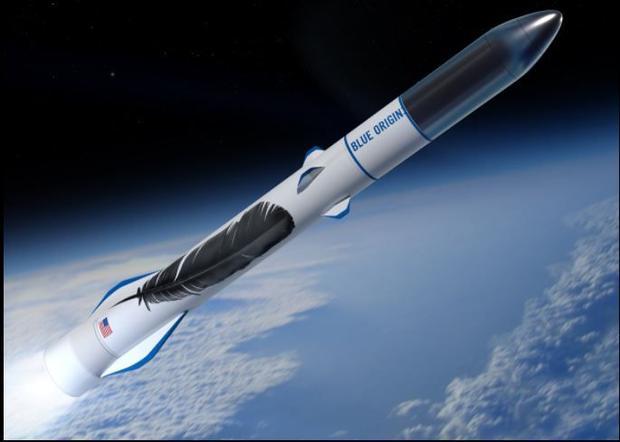 Amazon billionaire Jeff Bezos’ Blue Origin space venture says it has successfully test-fired its BE-4 rocket engine, bringing the company one step closer to flying tourists into sub-orbit, and possibly even beyond. Taking a quote from former Vice-president Joe Biden in 2010, when he introduced President Obama at the health care bill signing, ArsTechnica says, “As Joe Biden would say, this is a big f*** deal for the space industry.” With the successful firing of the powerful BE-4 liquid rocket engine this week, Blue Origin has sent a clear message that there is a new player in the industry prepared to compete for national security and commercial launches. Blue Origin has spent nearly a decade developing the engine, and it has been closely watched by both the military and aerospace industry.

The BE-4 Liquid Rocket Engine

Bezos unveiled the powerful engine earlier this year, with promises the BE-4 would be the power behind the company’s future rockets. The liquid oxygen and liquid natural gas-powered BE-4 uses innovative new technology, is fully reusable and on top of that, was privately funded, for the most part. The BE-4 uses oxygen-rich staged combustion of liquid oxygen and liquefied natural gas to produce 550,000 lbs. of thrust, according to the company website. Liquefied natural gas is commercially available, affordable, and highly efficient for spaceflight. Unlike other rocket fuels, such as kerosene, liquefied natural gas can be used to pressurize a rocket’s propellant tanks. This is called autogenous pressurization and eliminates the need for costly and complex pressurization systems, like helium. Liquefied natural gas also leaves no soot byproducts as kerosene does, simplifying engine reuse. Blue Origin is also developing the BE-4U – the upper stage variant of the BE-4 engine. The BE-4U will drive the orbital rocket, New Glenn’s second stage. It will have the ability to restart multiple times, placing payloads in their desired orbits.

We have the start of a new space race

Blue Origin is largely funded by Jeff Bezos, unlike SpaceX. As a matter of fact, up until a few years ago, every US-based rocket engine was funded almost entirely through government contracts. SpaceX changed all this when it built the Merlin engine largely on its own, and ended up using nine of the Merlins to power the Falcon 9 Rocket. SpaceX has been using its own funds to develop the new Raptor engine, which has a thrust of 380,000 pounds. However, Blue Origin’s BE-4 has 550,000 pounds of thrust, making it the most powerful US rocket engine since Rocketdyne built the RS-68 engine which powers the Delta IV line of rockets, twenty years ago. United Launch Alliance (ULA) flies the Delta IV fleet of rockets and has been wanting to stop flying them because they are so expensive to build. But the military has balked at the idea because it doesn’t want to rely just on the Atlas V rocket and its Russian-made RD-180 engines. It all is boiling down to Blue Origin and its new rocket engine. United Launch Alliance CEO Tory Bruno told GeekWire last year that billions of dollars are at stake in the BE-4 project. ULA wants to use the BE-4 engine on its Vulcan rocket, which is due to have its first flight in 2019.
The whole aerospace industry has taken on a new importance. Together with Virgin Galactic and, possibly even SpaceX, Blue Origin is one step closer to making space tourism a reality and really adding some competitiveness to the industry.

This entry was posted in Helium replacement. Bookmark the permalink.