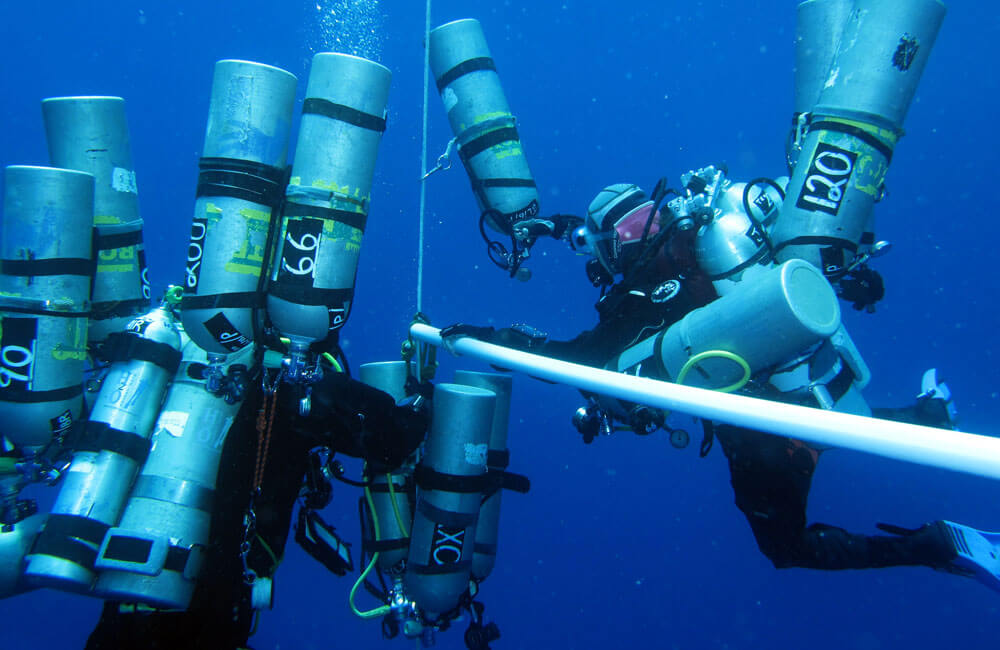 In what could be a piece of great news for technical divers, a massive helium reserve discovered in Tanzania is reported to be twice as large as originally thought. The rare gas, reserves of which are in critical decline worldwide, is an essential part of the gas mixtures required for deep technical diving. Unlike nitrogen, helium is not narcotic and therefore technical divers will use the gas to reduce the amount of nitrogen in the mixture, a blend known as ‘trimix’, or remove the nitrogen completely leaving just oxygen and helium in the cylinders (heliox), for the deepest of dives. Helium is also used for a wide range of scientific and medical applications. In its liquid form it is used as a coolant for major scientific projects such as rocket propulsion and the Large Hadron Collider, but most importantly of all, for medical Magnetic Resonance Imaging (MRI) scanners. There is no known chemical method of manufacturing the gas, and therefore it is considered a non-renewable resource. Helium is formed during the naturally occurring radioactive decay in rocks, and is so light that if it were not mined, it would drift into space. As a consequence of the dwindling supplies, the cost of Helium has risen dramatically over the last decade, making the cost of tank filling prohibitively expensive for some divers. The field in Tanzania, first discovered in 2016, was initially thought to contain approximately 1.5 billion cubic metres (54 billion cubic feet) of Helium. By way of comparison, the estimated amount of Helium consumed in the US in the same year was 47 million cubic meters (1.7 billion cubic feet) of the gas, with known US reserves of 4.3 billion cubic metres (153 billion cubic feet). Recent reports, however, suggest that initial estimates were wrong due to flawed sampling procedures and that the Tanzanian reserve may contain as much as 2.8 billion cubic metres of the helium – almost double the original estimate – and there may be more, according to Chris Ballentine and Peter Barry from the University of Oxford, who conducted the studies. ‘We are probably still somewhat understating what is present,’ said Abraham James, ‘but nevertheless, that gives us room to update and improve as we progress.’ The worldwide media is reporting the discovery as a ‘game-changer’ for science and medicine, and perhaps – at least amongst the technical community – a ‘bill-changer’ for divers.