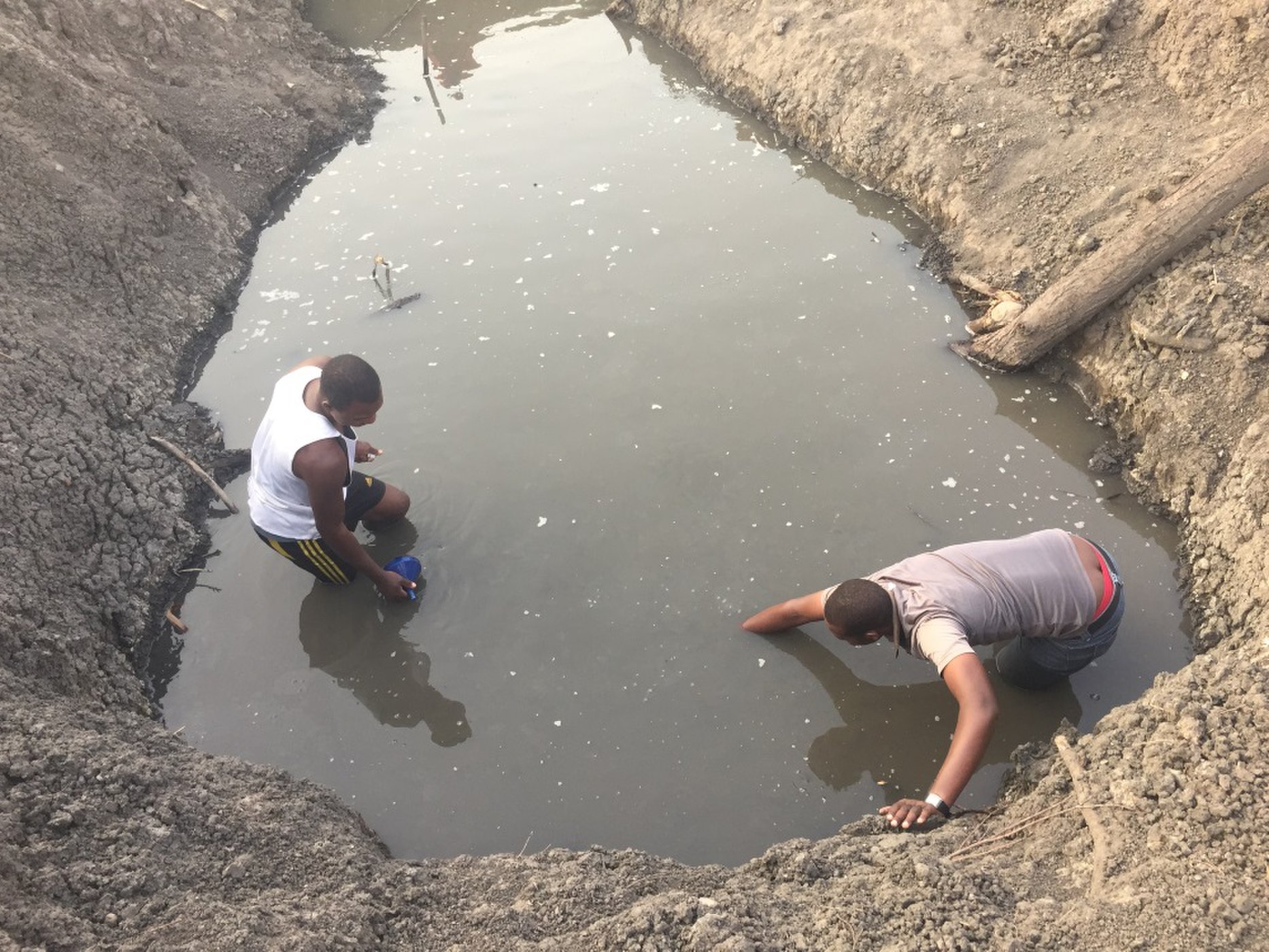 Many of the known outflows of mixed helium and nitrogen are beneath seeps of ground water, which make the bubbles of gases visible as they rise to the surface.

Large underground reserves of helium in East Africa are at least twice as large as first reported, according to scientists from the University of Oxford and the company that plans to start pumping up the precious gas within three years.The discovery of pockets of helium in the Great Rift Valley region of Tanzania was announced late last year. The initial samples from gas seeps in the area indicated that the underground deposits contained an average of 2.6 percent helium, mixed mostly with nitrogen. Based on that figure, independent resource assessors estimated that the underground gas field contains 54 billion cubic feet (1.5 billion cubic meters) of helium, or about one-third of the world’s known reserves of the gas, which have been dwindling for decades, according to annual assessments by the US Geological Survey. But new measurements from the Tanzanian gas seeps now show helium concentrations of up to four times the earlier average value, said Thomas Abraham-James, a geologist and CEO of Helium One, a Portugal-based company that plans to start selling the gas internationally by 2020. Abraham-James told Live Science that a second independent assessment of the underground helium resource in Tanzania now amounts to 98.6 billion cubic feet (2.8 billion cubic meters). “So it’s pretty much doubled in size,” he said. He explained that the field-sampling methods used in 2015 had allowed a small amount of air to dilute the concentration of helium in the gas samples. But new, real-time measurements of gas from the seeps, conducted by geochemists Chris Ballentine and Peter Barry from the University of Oxford late last year, showed that the concentrations of helium are much higher than the initial estimates suggested. “We are probably still somewhat understating what is present, but nevertheless, that gives us room to update and improve as we progress,” Abraham-James said.

The discovery of the helium field in Tanzania comes as the world faces a shortage of the nonrenewable gas, which has critical applications in industry, scientific research and medicine — especially for the magnetic resonance imaging (MRI) scanners used in many hospitals. For decades, the main source of helium worldwide has been underground reserves in Texas owned by the U.S. government. By the mid-1990s the National Helium Reserve near Amarillo was more than $1.4 billion in debt, and in 1996, the U.S. Congress ordered the gas reserves to be sold off to private companies. Commercial supplies of helium from the reserve will cease in 2021, according to the U.S. Department of the Interior’s Bureau of Land Management. The Middle Eastern nation of Qatar has also been an important source of helium in recent years, supplying up to one-quarter of international demand from traces of helium separated from underground natural gas, Abraham-James said. But supplies of helium from Qatar ceased earlier this year, after the closure of the country’s border with Saudi Arabia and other sanctions imposed by several Middle Eastern nations over Qatar’s alleged support for terrorist organizations, he said. “The supply dynamics at the moment are very challenging, particularly with U.S. output stopping in 2021, and Qatar, it’s fair to say, has its share of problems,” he said. “The world needs a reliable source of helium, so that we don’t see the fluctuations that we have in recent times.” Helium is created on Earth only by the radioactive decay of heavy elements like uranium. It takes millions of years for pockets of the gas, like those found in Texas and Tanzania, to accumulate underground, and the gas escapes easily into the atmosphere after use. Abraham-James said exploratory drilling will begin in June or July of next year, and the company expects to start producing the gas as soon as a small processing plant can be built in the area. “Probably by the end of 2020, people will start to be using Tanzanian helium,” he said.

Barry and Ballentine used a portable mass spectrometer to make the latest measurement of gas at the Helium One sites in Tanzania, rather than employing their earlier method of collecting samples for later analysis in a laboratory. “We made probably 50 measurements out there in the field, and we saw up to four times as much helium in these samples,” Barry told Live Science. “So this was really exciting for us, because we were able to show quite convincingly that there’s a lot more helium than we originally assessed.” Barry and Ballentine were part of the scientific team that identified the location of likely helium pockets in Tanzania, using a new theory of helium production by underground heat sources — such as the volcanoes in Tanzania’s Rift Valley region — which can set the gas free from where it slowly forms inside ancient rocks. Barry said the helium deposits were within a “Goldilocks Zone” for helium production, about 124 miles (200 kilometers) from the volcanic zone around Tanzania’s Mount Rungwe. “We think that you need to be in pretty close proximity to a volcanic center to have these gases liberate,” he said. Barry added that the initial research on the Tanzanian helium field was presented at last year’s Goldschmidt Conference on geochemistry in Yokohama, Japan, and that the updated research was presented at the same conference in August in Paris.