Helium Production In The World

The United States, Qatar, and only a few other countries are producing the entire global supply of helium. Helium is one of the most abundant elements in the universe, forming about 23 percent of all matter. It becomes a liquid at the lowest boiling point of any element. But because it is lighter than air, most of it escapes into the atmosphere before it can be captured, making it a rare commodity in science today. So when Qatar, the second-largest helium supplier in the world, shut down its two helium plants following the severing of diplomatic and economic ties with Saudi Arabia, UAE and Bahrain, the industry went into a panic, fearing a helium shortage. Qatar can meet 32 percent of the total global demand for helium, according to the United States Geological Survey, and without this supply, medicine, spacecraft and even birthday parties could be affected. Qatar had been exporting helium through its port with Saudi Arabia, but was forced to shut down its plants after the border was closed. They have since started exporting the gas through Oman and the market has become stable again. While this is good news for the helium world, the crisis highlighted the industry’s unpredictable nature. That could change in the future, following the discovery of a huge gas field in Tanzania, containing large amounts of helium. But for now, the global supply is dependent on only a handful of countries that produce the gas. 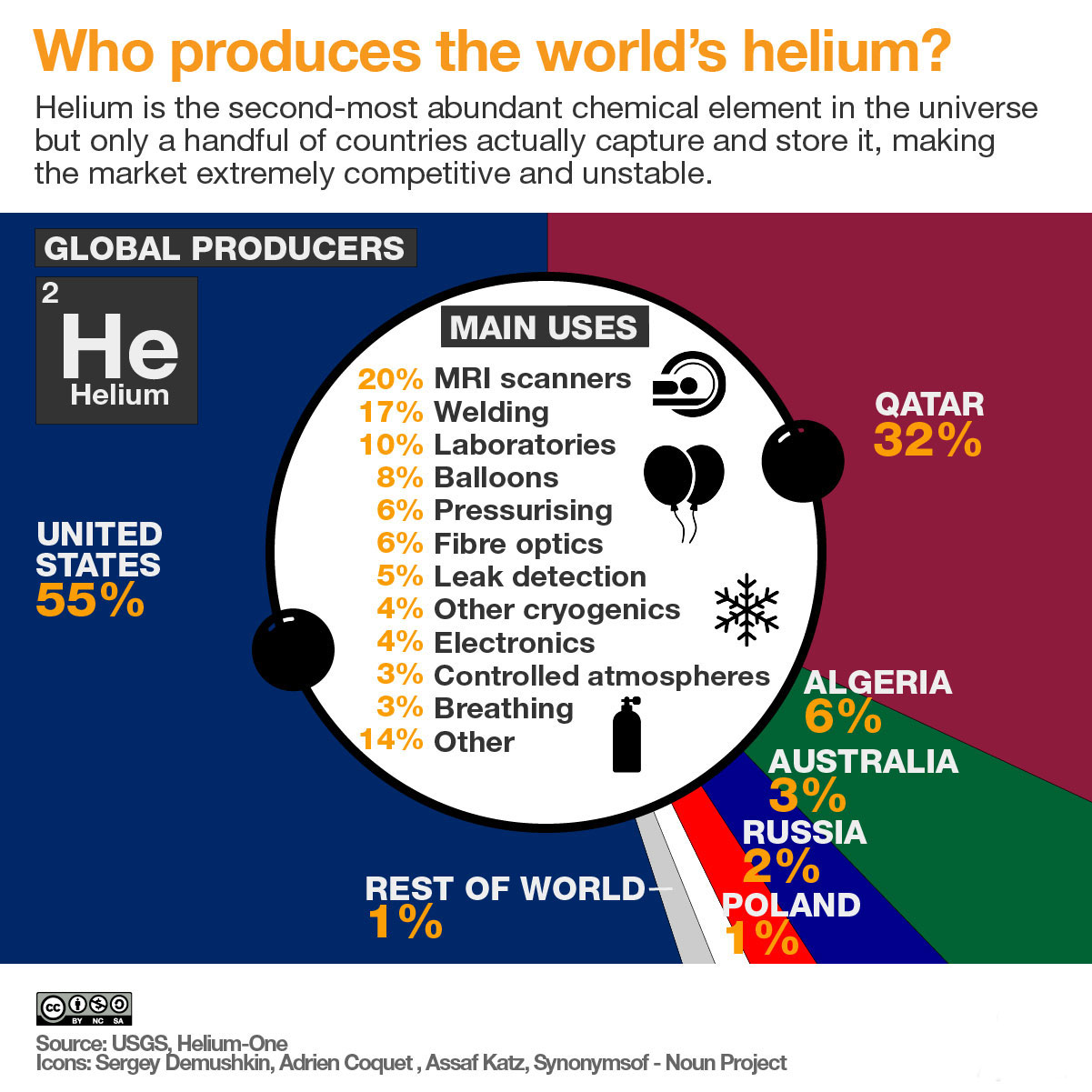