Are Launches Of Helium Balloons Seeing Their Dying Days? 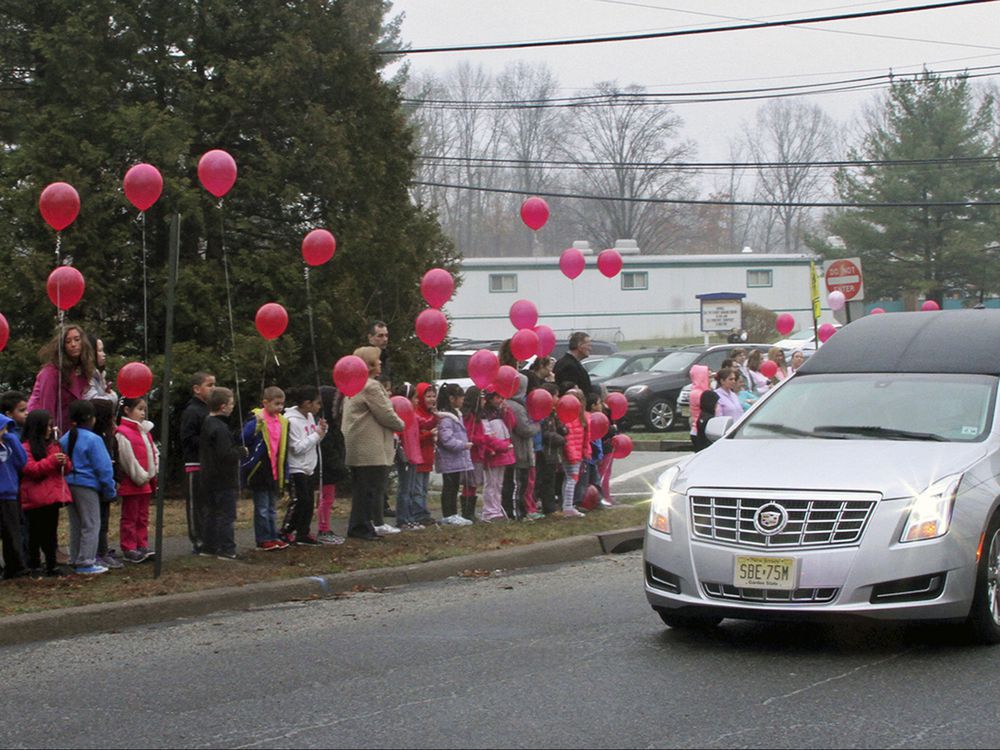 FILE – In this Friday, April 10, 2015, file photo, elementary school students release pink balloons for a classmate who died as her hearse drove past in Wayne, N.J. Efforts to ban balloon launches are facing fierce opposition from The Balloon Council. The council said educating consumers is better than having the “balloon police” ban launches. But critics said the balloons are litter that poses a deadly threat to marine life, birds and other animals and hazards to power lines. (Brian Hester/The Record via AP)

When hands release helium-filled balloons and send them into the sky, they’re doing more than marking a wedding, graduation or death. They’re also stirring the pot in a clash between the balloon industry and environmentalists seeking to deflate a tradition they say harms wildlife. Critics call the balloons litter that poses a deadly threat to fish, birds and other animals, as well as hazards to power lines. Their efforts are contested by The Balloon Council, a trade group based in Trenton that represents balloon manufacturers, wholesalers, distributors and retailers. The council was founded in 1990, around the time activists in New Jersey first tried to ban balloon launches in the state, and has spent more than $1 million in the past five years lobbying against balloon regulations nationwide. The group is again lobbying against a measure proposed in the New Jersey Senate to ban the balloon launches, arguing that efforts have been based on rumour, inaccurate news reports and “expert” assertions and would have severely limited consumer’s rights. “We take the issues seriously, but educating retailers and consumers is the best way to go,” said Dale Florio of the Princeton Public Affairs Group, a lobbying group that represents the council. Banning launches, he said, unfairly hurts small businesses. “We don’t want people to be afraid to handle balloons because they fear the balloon police will accuse them of wrongly releasing a balloon,” Florio said. “No business and no balloon retailer wants to contribute to the harm of any creature, but to say it’s a hazard, we think that’s way overblown.” California, Connecticut, Florida, Tennessee and Virginia have laws that ban or restrict launches, as do some U.S. cities. At least two communities in Australia and one in the United Kingdom also impose restrictions. Four towns at the New Jersey shore — Atlantic City, Ventnor, Margate and Longport — passed bans this year, and environmental groups have lobbied others to join in. Many utility companies have spoken out, arguing balloons can cause power outages when they hit electric lines. And the U.S. Fish and Wildlife Service’s website includes photos of birds and a turtle that died after choking or being strangled by balloon pieces and strings. “The paint (on the balloons) will wear off over time, and become transparent,” said Cindy Zipf, executive director of Clean Ocean Action, a New Jersey-based environmental group. “Marine life often mistake balloons for their natural prey, such as jellyfish, and the balloons can block their digestive systems of animals, causing a long and painful death.” The group’s annual beach sweeps have picked up thousands of mylar and latex balloons in recent years, Zipf said. Balloons Blow, a non-profit organization based in Jensen Beach, Florida, is a sharp and frequent critic of the Balloon Council. It has led the push for outright bans, citing dangers to animals and an increase in recent years of single-use plastic causing marine pollution. The group says people should consider eco-conscious alternatives — such as reusable banners, flags or pinwheels — instead of balloon launches when they stage public events, while those seeking to honour a departed loved one can plant trees or create gardens.
They and other environmental groups say many people mistakenly believe latex balloons are biodegradable. Some who have launched balloons say that they understand the environmental concern but that the launches have helped them get through tough times. After her uncle died in a car accident a few years ago, Marcy Jensen said, she and relatives launched balloons during a service in a New Jersey park. “We thought it was a simple way to honour a great man,” said Jensen, 27, of Toms River. “I realize it sounds corny, but it was kind of like we were sending him up to the heavens. It was really touching and moving for us.”

This entry was posted in Helium replacement. Bookmark the permalink.