Researchers braced for shortages as Gulf state forced to close its refineries. 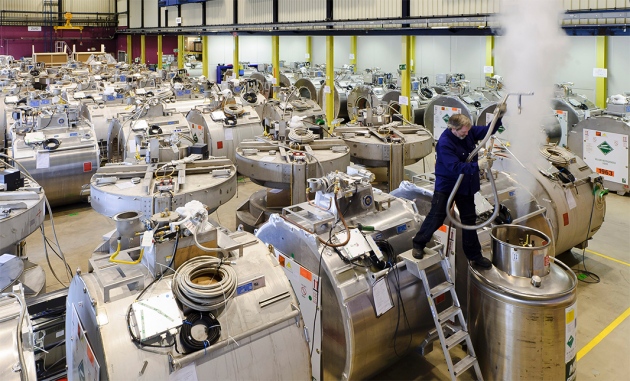 Scientists fear they may be forced to halt experiments or shut down laboratory instruments because the ongoing blockade of Qatar is threatening their helium supplies. The Gulf state supplies hospitals and laboratories around the world, but had to close its two helium plants after Saudi Arabia and several neighbouring countries blocked most of its exports and imports in June, in a political dispute over Qatar’s alleged support for terrorism. “This is a situation that is changing day-by-day, so you can imagine we are watching it carefully,” says Sophia Hayes, a chemist who specializes in nuclear magnetic resonance (NMR) spectroscopy at Washington University in St. Louis, Missouri. “I’m extremely concerned.” Her research depends on a continuous supply of liquid helium, which has a uniquely low boiling point of 4 kelvin, to cool the superconducting magnets in her lab’s spectrometers. It’s also used in the lab’s low-temperature research. Another scientist, who requested anonymity, says that their lab is reserving available helium stocks for NMR instruments. A junior colleague who uses large quantities of helium has agreed to cut back his work to help out with supplies, if needed. “This can negatively impact his career; all of us who are senior colleagues would do anything we can to avoid that situation,” says the scientist. Qatar is the world’s largest exporter of helium and its second-largest producer, accounting for 25% of global demand (see ‘Helium supplies’). So the blockade will inevitably cause shortfalls over the next few months, says Phil Kornbluth, a consultant based in Bridgewater, New Jersey, who specializes in the helium industry. Countries likely to be most affected are those closest to Qatar. But Asian countries such as India, China, Japan, Taiwan and Singapore are also at risk. “But none of us are immune,” adds William Halperin, a researcher in low-temperature physics at Northwestern University in Evanston, Illinois.

Labs account for only around 6% of the helium market; most helium is used in the electronics industry, hospital magnetic resonance imaging scanners, and airships and balloons. This means that suppliers tend to prioritize deliveries to larger customers — not scientists — when supplies are limited. Many researchers had hoped that supply disruptions were a thing of the past, because the installation of substantial new plant in Qatar had expanded and helped to secure the global helium supply. But Hayes says that she warned the community against complacency, given the political volatility in the Middle East. Scientists have already been banding together to protect themselves against disruption in helium supplies and the rising price of the gas. The American Physical Society (APS) and the American Chemical Society jointly launched a programme in 2016 to help researchers negotiate lower prices and secure more timely helium deliveries through joint bulk purchases. The programme gives preference to researchers who are paying the highest prices or have unreliable deliveries. Mark Elsesser, an analyst at the APS who oversees the programme, says that research groups at 12 universities have already seen an average price reduction of 15% and improved deliveries. The programme will be expanded later this year to include more research groups. Some labs have invested in equipment to capture, reliquefy and store helium gas that evaporates from equipment and would otherwise be lost to the atmosphere. The ISIS pulsed neutron and muon source at the Rutherford Appleton Laboratory near Harwell, UK, installed such a system after a shortage in 2012 forced it to shut down its neutron beams for several days. “Currently, we have in storage enough helium to run operations for half a year,” says Oleg Kirichek, head of support at ISIS. “We are relatively safe for a while.” 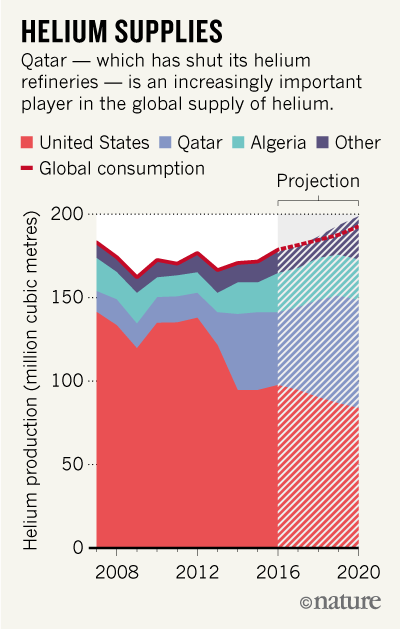