Black holes and superfluids make for strange bedfellows: One is famous for being so dense that light can’t escape, and the other is a bizarre liquid that flows without friction. But new computer simulations confirm that superfluid helium follows an unusual rule known from black holes — one with mysterious significance for physics. Scientists demonstrated that entropy, a measure of the information contained in a system, behaves in a counterintuitive way in superfluid helium. Entropy grows at the same rate as the surface area of the superfluid helium, instead of its volume — mimicking how the entropy of a black hole grows as it gobbles up matter and expands. It’s the first time the phenomenon has been demonstrated in simulations of a naturally occurring state of matter. Physicists reported the result March 14 at a meeting of the American Physical Society and March 13 in Nature Physics. “If you double the size of a box, you expect to be able to double the amount of information in that box,” says physicist Christopher Herdman of the University of Waterloo in Canada. That’s because the bigger a box, the more documents and other information can be stuffed inside. Progress toward a theory that unifies quantum mechanics and general relativity, a still thorny problem, has convinced many physicists that black holes follow this “area law.” To demonstrate the law in a superfluid, Herdman and colleagues created a computer simulation of helium. The isotope they studied, helium-4, is the same stuff that keeps birthday balloons aloft, and it becomes a superfluid at temperatures below about 2 kelvins (–271° Celsius). In the simulation, the researchers kept track of the helium atoms’ entanglement — quantum linkages that intertwine particles. Within the superfluid, scientists selected an imaginary sphere of the material, and studied the entanglement between atoms inside the sphere and those outside of it. That entanglement gives rise to a type of entropy in the superfluid. As the researchers increased the size of that sphere, the entropy of entanglement increased as well. The rate of increase matched that of the sphere’s increase in surface area, which grows more slowly than its volume. The superfluid sphere is analogous to a black hole’s event horizon, the region of no return surrounding the black hole, beyond which light can’t escape. In black holes, particles on one side of the event horizon can be entangled with those on the other side, creating entanglement entropy in a similar way. “I think it’s a fascinating result,” says physicist Joe Serene of Georgetown University in Washington, D.C. But, to advance from simulations to a measurement of entanglement entropy in real-life helium would likely be difficult. “It remains to be clear how much they can actually get out of real experimental systems,” Serene says. This area law has outsize importance in physics. The realization that a black hole’s entropy is proportional to its surface area led to the holographic principle, the idea that the information within a region of space might be completely reproduced on its surface (SN Online: 9/8/14). Scientists hope this concept could lead to a full theory of quantum gravity, uniting the physics of the very small with large-scale gravity. What’s more, some scientists now believe that the very structure of spacetime might be the result of quantum entanglement (SN: 5/31/14, p. 16), an idea that also grew out of the area law. “Entanglement entropy is a concept that is successful across many different areas of physics,” says physicist Markus Greiner of Harvard University. “The big problem is no one knows how to measure that in … real-world systems.” 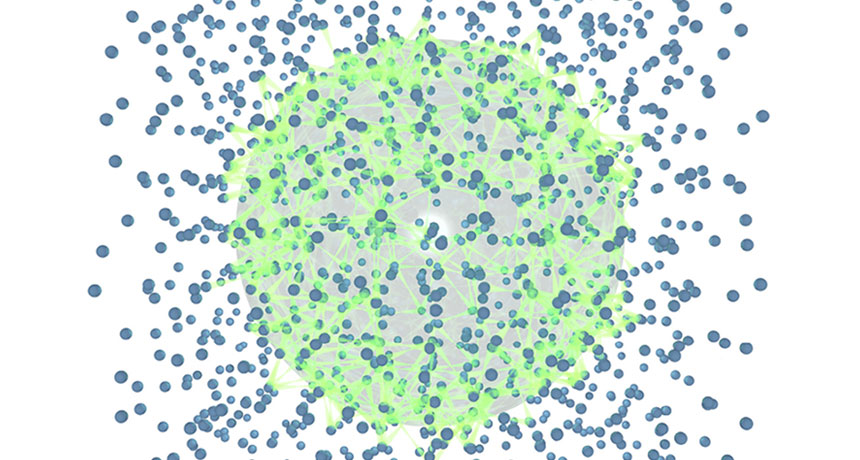