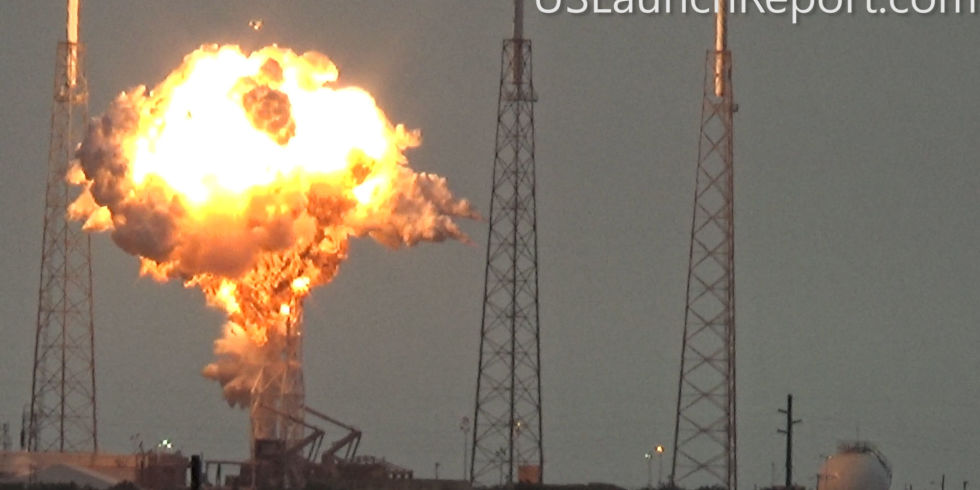 Two months ago, a SpaceX Falcon 9 rocket exploded on the launch pad at Cape Canaveral, destroying both the rocket and its payload, an Israeli communications satellite bound for orbit. Now, after two months of investigation, SpaceX thinks it has figured out the cause: improper helium loading. In September, SpaceX narrowed down the suspected cause of the explosive failure—which SpaceX prefers to characterize as an “anomaly” or even “fast fire”—to “a large breach in the cryogenic helium system of the second stage liquid oxygen tank.” Now, SpaceX has been able to narrow down the cause even further and even replicate a similar failure through manipulating variables related to helium loading, particularly the temperature and pressure at which the fuel is pumped in.

As SpaceX puts it:

Previously, we announced the investigation was focusing on a breach in the cryogenic helium system of the second stage liquid oxygen tank. The root cause of the breach has not yet been confirmed, but attention has continued to narrow to one of the three composite overwrapped pressure vessels (COPVs) inside the LOX tank. Through extensive testing in Texas, SpaceX has shown that it can re-create a COPV failure entirely through helium loading conditions. These conditions are mainly affected by the temperature and pressure of the helium being loaded. Narrowing down the cause of any rocket failure is important since rocket explosions are dangerous and their payloads tend to be unique and expensive. It’s particularly noteworthy in this case since SpaceX had appeared to be entertaining some other, more colorful possibilities, like an epically long shot by an saboteur with a sniper rifle posted up on a nearby building owned by rival United Launch Alliance (ULA). The investigation is still ongoing but it seems more and more likely that, yes, boring old helium is to blame.