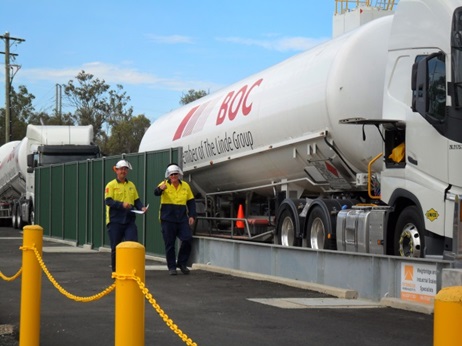 Two production plants of BOC, part of Tier One company the Linde Group, have hit significant milestones on the same day in Australia. BOC’s helium (He) plant in Darwin and micro-LNG plant in Condamine, Queensland both completed their 1000th shipment for Australian and international industry and consumers. The He plant is the southern hemisphere’s only liquid He processing plant, and has delivered more than 4.6 million kgs of liquid He since opening in 2010. It has the capacity to produce 150 million cubic feet annually. Peter Re, BOC General Manager of Bulk Supply Chain Management, signified, “This is a terrific milestone for BOC and our local team is proud to be Australia’s only source of liquid helium, a rare product essential to Australia’s medical, manufacturing, electronic, space and defence industries.” In relation to the micro-LNG plant, the local team there has also filled its 1000th trailer of liquefied natural gas (LNG), just more than one year since its opening in late 2014. The micro-LNG plant approximately produces up to 50 tonnes per day of LNG. Re went on to say, “This plant is an important producer of LNG for the domestic market and this milestone signals the strong interest of industry to use a cleaner fuel that produces up to 25% less emissions than diesel – from off-grid electricity generation to heavy transport.” According to gasworld Business Intelligence, the Australian industrial gases market generated revenues of over $1bn in 2014. A number of market pressures over the past two years resulted in revenues declining, but the general outlook for the country’s economy looks more positive for the next two years, with growth, albeit modest, set to return. This is likely to be complimented by rejuvenated growth from Australia’s industrial gases business.