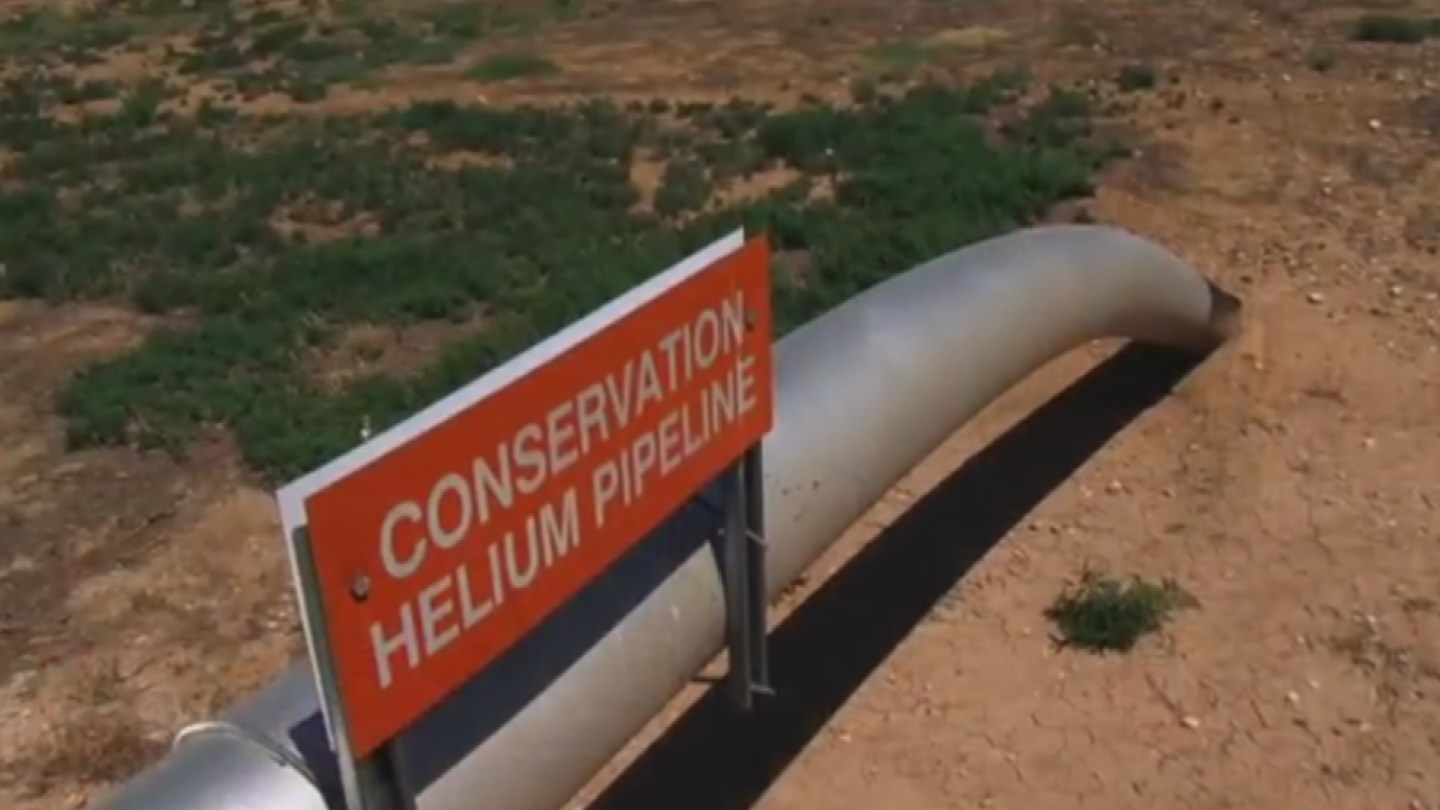 The specter of a worldwide helium shortage is leading gas exploration companies to the high plains of Arizona’s Navajo and Apache counties. It is in this sparse desert that the gas was discovered, captured and sold back in the 1960s and ’70s. The U.S. government has controlled the U.S. helium market for decades, and as a result, private industry has shied away from drilling for the gas. That is on track to change by 2020, when the National Helium Reserve is set to sell of the last of its helium, opening the market to new sources and producers. ”Where Arizona stands out is in the richness of our helium deposits,” said Lee Allison, who is the Arizona state geologist. Allison said helium is considered profitable when it’s found in concentrations of just 1 percent. Arizona’s fields show levels between 8 and 10 percent. “So, Arizona looks very, very attractive for companies coming back to resume exploration for helium,” Allison said. Helium is used as a coolant in nuclear reactors, rocket engines, MRI machines and welding equipment. The prospect of a new industry moving to the area is welcome news to the people who live in the town of Holbrook. Halfway between Flagstaff and the New Mexico state line, the town has relied on tourism ever since Interstate 40 steered traffic around the town, and off the old Route 66. “Everything went right through here. So it was easy for individuals to stop and have dinner or lunch. But now, they keep on going. It’s only an hour to Flagstaff,” said Steven Gallegos, whose family opened Joe and Aggie’s Café back in 1943. “The town of Holbrook has got to figure out how to keep the young people in town,” said JW O’Dell, who’s lived there since 1955 and joins his three friends for coffee in Joe and Aggie’s every day at 3 p.m. They say tourists from across the country and Europe come through town every week, searching for a glimpse of Americana that Route 66 provides. They believe a new industry would help jump-start the local economy. “We’re not going to turn Arizona into a Texas equivalent with helium, but for local communities, this would be a really nice boon,” Allison said.