while back one of our technicians brought a helium dilution FRC graph to my attention and wanted to know if it showed a system leak. At that time my response was that it definitely wasn’t a leak (leaks don’t show increases in helium) and was probably due to too much oxygen being added to the system at the beginning of the test. 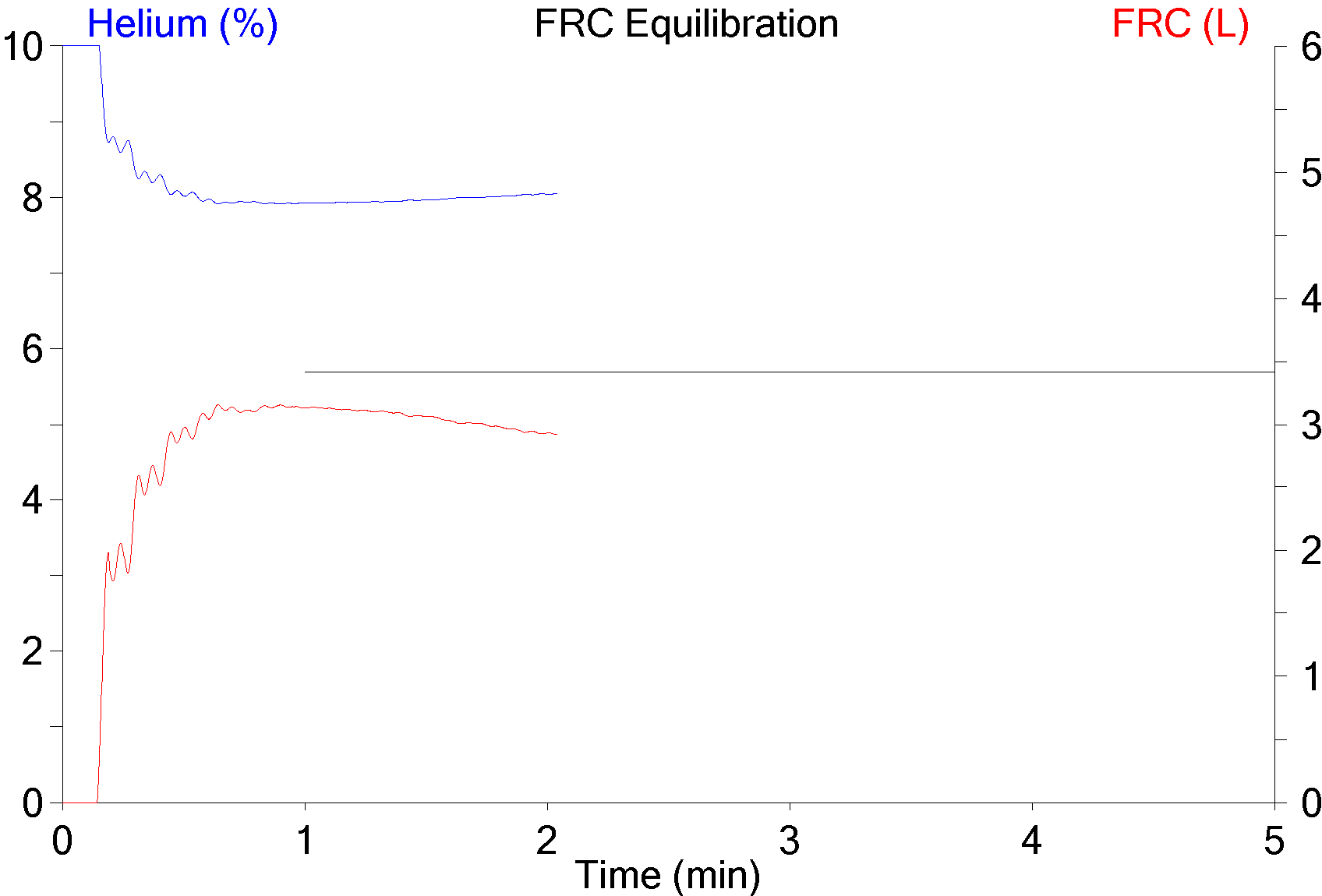 A couple of days ago a technician brought a similar graph to me and again I was asked why it looked unusual. I’ve had time to think about this issue since the last time and I’ve come up with an alternate explanation that I think fits the facts a bit better.

A normal helium dilution curve looks something like this: 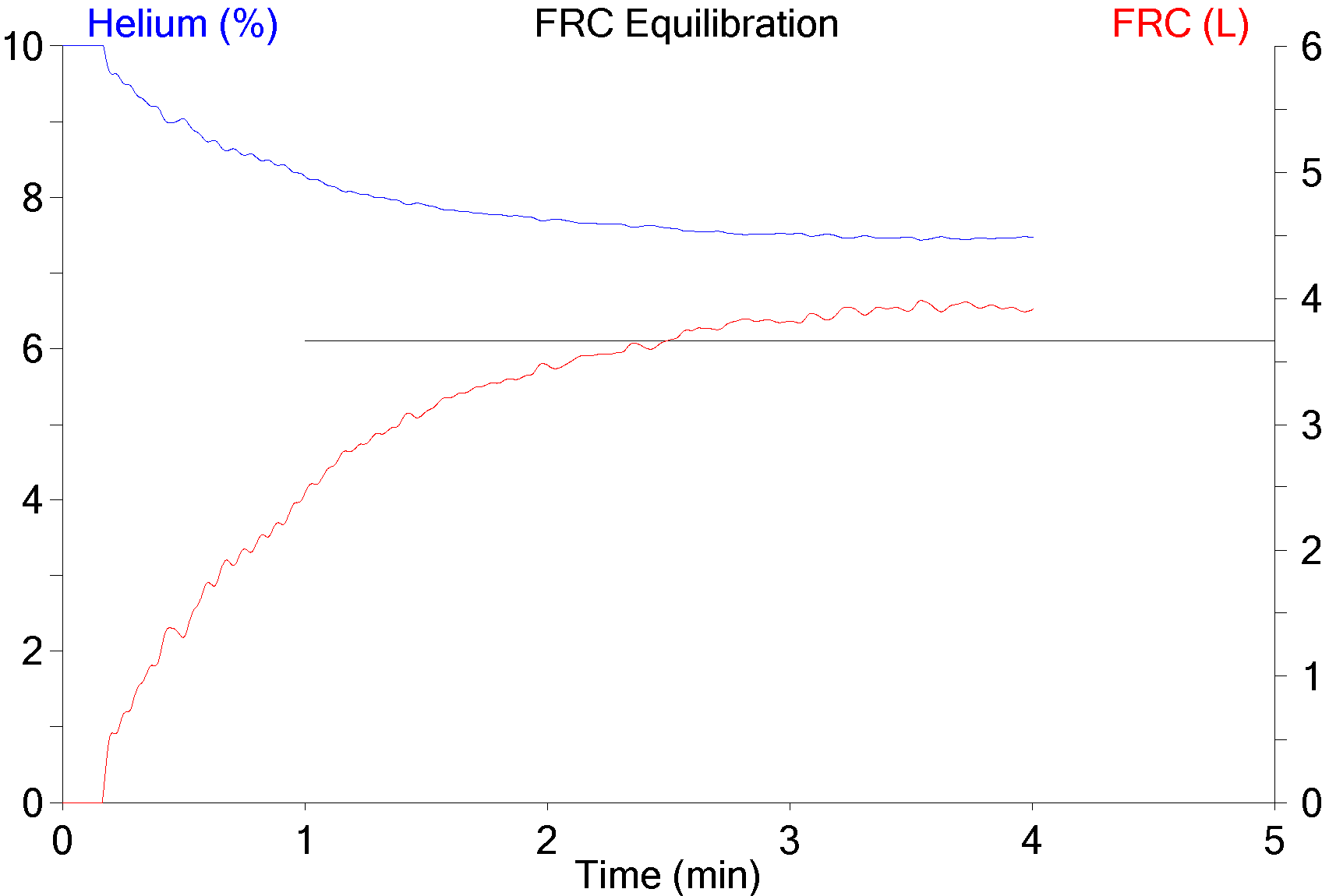 which shows the helium decreasing with what is more or less an exponential decay curve. What’s unusual about the other curve is that it shows a relatively rapid fall to the lowest helium concentration near the beginning of the test and then a slow rise to the final concentration.

The helium dilution FRC test uses a closed-circuit consisting of a volume-displacement spirometer, a blower motor, a canister of CO2 absorbant (soda lime), tubing and a helium analyzer. The total volume of the circuit is roughly 10 liters. A small amount of helium is introduced into the circuit and after the blower motor mixes it thoroughly, the system starts off with about 7% helium (although the initial concentration doesn’t matter as much as the ability to measure it accurately). 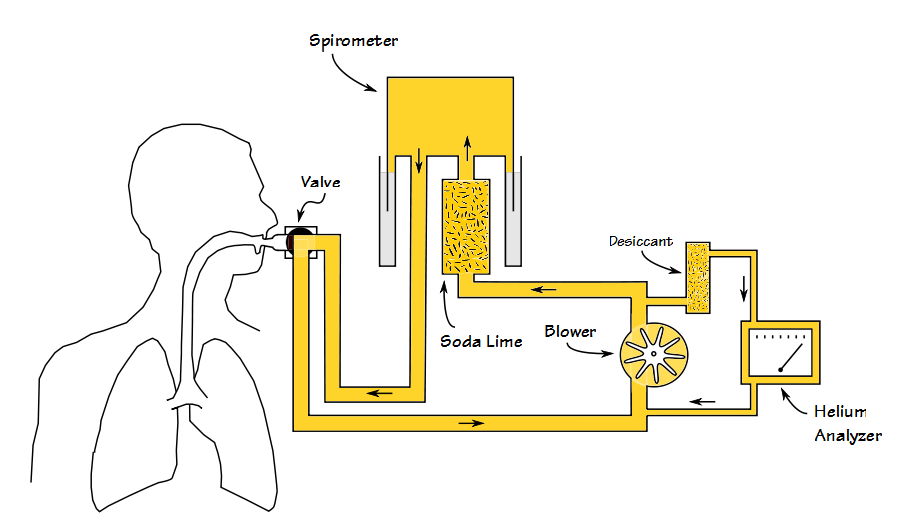 When somebody starts breathing a gas mixture containing a tracer gas like helium it also takes a certain amount of time for the tracer gas concentration to equalize within the lung. The rate at which this occurs is partly due to tidal volume and respiratory rate (alveolar ventilation) and partly to the degree of ventilation inhomogeneity. Everybody has a certain amount of ventilation inhomogeneity but the amount varies from one person to another and generally increases with age and airway obstruction.

When somebody with a low ventilation inhomogeneity breathes with a high alveolar ventilation on the circuit, there is a rapid increase in helium concentration within their lung. 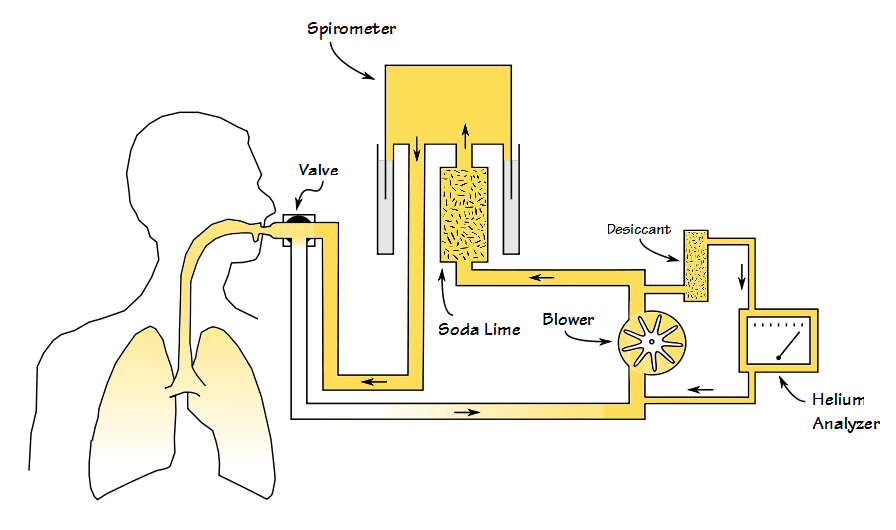 While this is happening however, it takes time for their exhaled air to be incorporated and mixed within the gas circuit. 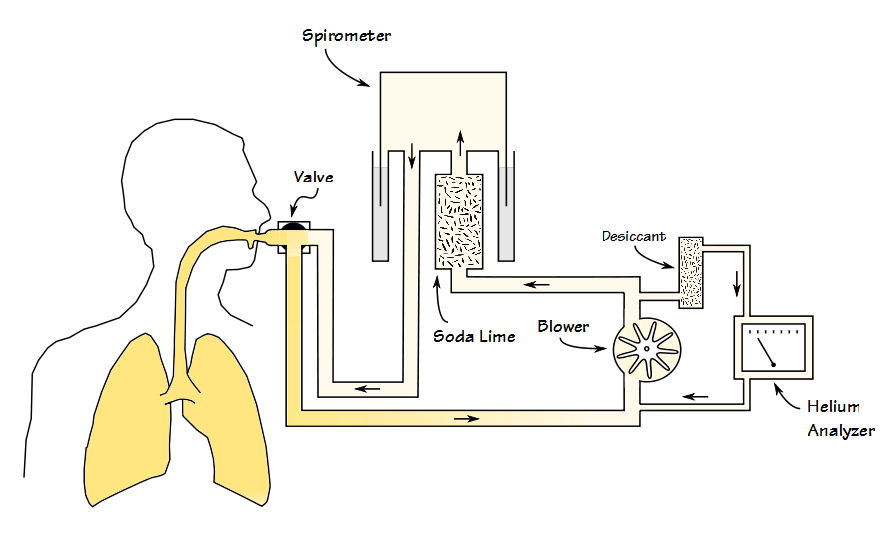 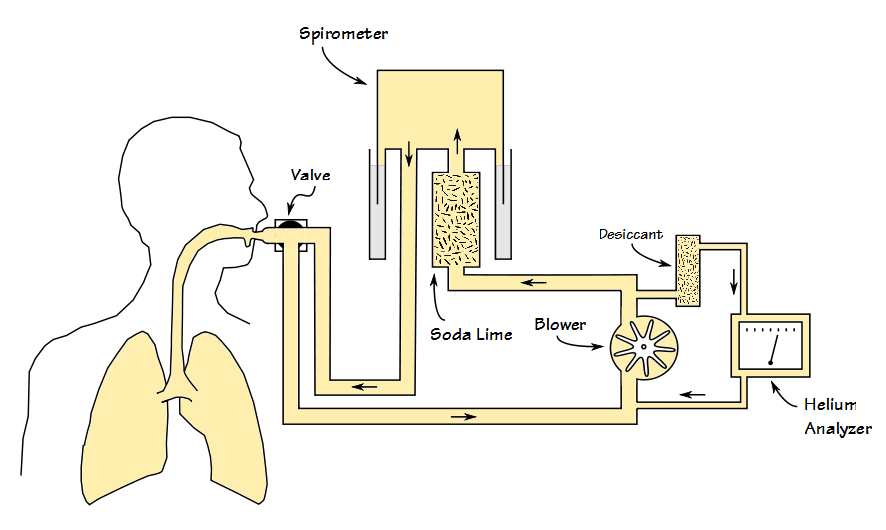 Time is a factor for all physical processes. When a complex system has components with different time constants unusual patterns can emerge. In this case even though the helium concentration pattern may be considered to be unusual it’s actually just a consequence of time constants being different than what we usually expect.

This entry was posted in Helium application, Research. Bookmark the permalink.