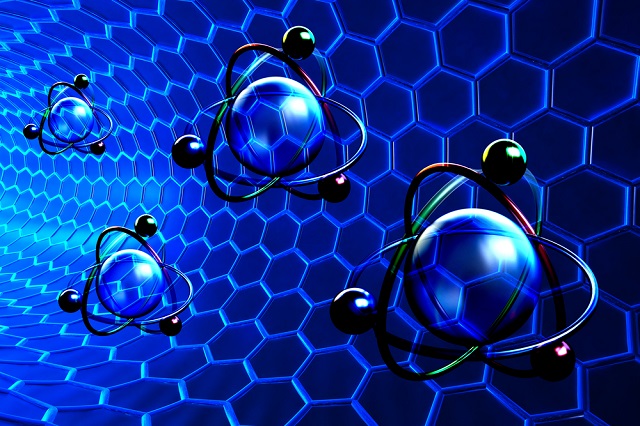 Researchers from the University of Leicester and G2ELab-CNRS have observed the manner in which free nanoparticles grow in helium gas which improves our understanding of the structure of nanoparticles. In the study, the growth of nanoparticles was found to be similar to the process involved in the decaffeination of coffee. When compared to their volume, nanoparticles have a larger surface area and they also have the ability to react very quickly. These properties make nanoparticles desirable for various applications including clothing, sports equipment, sunscreens and in chemical reactions as catalysts. Research teams from the Department of Physics and Astronomy at the University of Leicester, UK and the G2ELab-CNRS in Grenoble, France were involved in this study. They examined the manner in which helium ions clustered with neutral helium atoms and then grew to form nanoparticles. The team observed the manner in which ions of helium drifted through a cell that was full of helium atoms. An increase in helium pressure led to decrease in ion mobility. Dr Klaus von Haeften from the University of Leicester’s Department of Physics and Astronomy, who has received a Visiting Professorship from the University Joseph Fourier, said: “We concluded that the increased pressure forced more and more helium atoms to bind to the ions gradually, until the clusters grew to nanometre-sized particles. This process continued until the nanoparticles reached the maximum size possible which also depended on the temperature. Further increase of the pressure was found to reduce the size, which we interpreted as compression. These size changes could then be followed in great detail. For low and moderate pressures the size changed rather rapidly whereas in the high pressure region the changes were slow. The team then analysed the speed with which the particle volume changed due to the pressure, which allowed them to examine the nanoparticle structure. Nelly Bonifaci from the G2ELab-CNRS said: “At low and moderate pressure the nanoparticles were much softer than solid helium and we concluded that they must be liquid. At high pressures they became progressively harder and eventually solid.” Dr von Haeften added: “By choosing helium we were able to study a system of greatest possible purity and our results are therefore very precise. Similar processes occur in the decaffeination of coffee in high pressure carbon dioxide, in dry cleaning and in chemical manufacturing. In all these processes nanoparticles grow. By knowing their size we can much better understand these processes and improve them.” This study is considered to be the first time that free nanoparticle growth has been observed in helium under a wide pressure range. Frédéric Aitken from the G2ELab-CNRS added: “Our work is an important benchmark for the research on the formation and size of nanoparticles.” The study paper entitled Formation of Positively Charged Liquid Helium Clusters in Supercritical Helium and their Solidification upon Compression has been published in the Journal of Physical Chemistry Letters.