High seas off the coast of Hawaii’s Kauai island prompted NASA to delay the second test flight of its innovative inflatable spacecraft re-entry system. “Wave height is not conducive for safe recovery operations,” NASA said in a mission status report.

ANALYSIS: NASA’s ‘Flying Saucer’ Test Flight a Huge Success
The LDSD vehicle is carried to about 120,000 feet by a massive helium balloon, then released so a rocket motor can fire and catapult the spacecraft another 60,000 feet, where atmospheric conditions are similar to the thin Martian atmosphere. Soaring at nearly 3,000 mph, the spacecraft will deploy an inflatable shield to add five feet to its diameter — increasing the amount of friction that will slow its descent to the ground. A redesigned and reinforced parachute will then deploy to guide the vehicle to a splashdown in the Pacific Ocean. The test will take place from the U.S. Navy’s Pacific Missile Range Facility in Kauai. 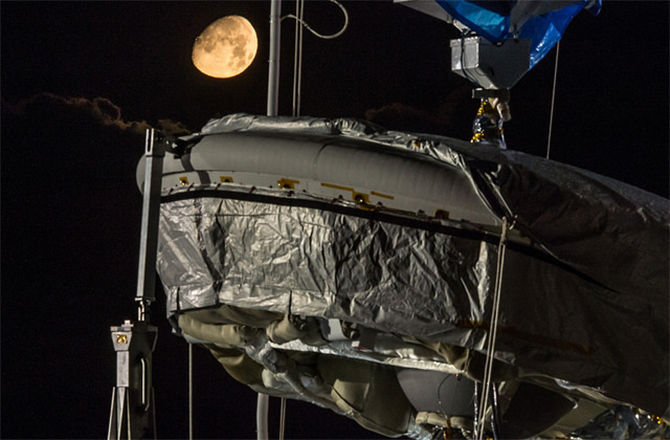