A new age of airships could be upon us. US defence group Lockheed Martin has developed a “hybrid” airship which does not need mooring towers or runways, enabling companies to operate more easily in remote areas. The aircraft also have the potential to transport heavy cargo over huge distances, doing away with the need for ships and ports. Lockheed – which developed the airship at its US “Skunk Works” which came up with the U2 and SR71 Blackbird spyplanes – is now ready to take orders through its partner Hybrid Enterprises. The hybrids are “heavier than air” machines, meaning the helium they carry is not enough to lift the craft’s entire weight when loaded. The gas provides 80pc of the lift required, with the remainder being generated as the airship – which is shaped like an aerofoil – is driven forward by its propellers. The engines rotate so their thrust can be directed to give extra lift, meaning the hybrid airship can also take off vertically when not fully loaded. Lockheed’s design can carry 21 tons of cargo and 19 people almost 1,500 miles at a cruising speed approaching 70mph. Mining or energy companies are expected to be among the first customers, according to Rob Binns, chief executive of Hybrid Enterprises. “Our airships will allow these companies to do projects in remote areas where there are no roads or railways, but heavy drilling equipment is needed,” he said. He said that hybrid airships can transport cargo seven or eight times more cheaply than heavy-lift helicopters, the only other vehicles which offer the same manoeuvrability. However, helicopters do not have the long range airships have. “All that is needed to land a hybrid airship is a flat area of snow, sand, gravel – they can even land on water,” said Mr Binns. Unlike traditional airships which needed to moor on large towers, hybrids land on a cushion of air like a hovercraft. Once down, the fans in this system can be reversed to create suction to stick the vessel to the ground. To take off with a full load, the airships need 2,400 feet of clear space – a fifth of the length of Heathrow’s north runway – but this does not need to be paved, just clear of obstacles. Mr Binns said his company’s vehicles – which could be scaled up to carry as much as 500 tons – could compete with ships, with point-to-point deliveries. On larger versions cargo containers could be driven straight into their holds, without the need for cranes or loading equipment. “You could have goods going from ‘inland ports’ at factories,” he said. “You make products and fly them to where they are needed with no ships or trucks involved.” Other companies are developing similar systems – including the UK’s Hybrid Air Vehicles, which is based in Bedford at Cardington Airfield, home of Britain’s R101 airship in the 1930s – but Lockheed’s design is thought to be the most advanced. The support of the US defence giant is also seen as key to getting the project off the ground. Lockheed has been flying a one-third size demonstrator since 2006 and its new design is starting certification in the US. The company said it was ready to begin building the first full-size airship in 2016, for delivery two years later. Industry analysts think the new airships – which have a third of the amount of parts of equivalent aircraft – are likely to cost 30pc and 50pc of the price of a conventional cargo plane, putting Lockheed’s current design at £25m to £30m. The venture is Lockheed’s first major push into civilian aircraft since its L-1011 Tristar passenger jet, which made its maiden flight in the 1970s. However the company is understood to have conducted research which identified a “sizeable” market for the airships. One source said: “Lockheed does not invest this much unless it’s in markets worth billions.” The principle of hybrid airships has been around for decades said Michael Burns, global head of aviation infrastructure at PwC, but no one has been able to make it work before. “The problems in the past have been the start-up costs of building a new type of aircraft, the price of the helium gas they use and the elephant in the room for the public of the Hindenburg disaster, though that’s irrelevant because helium is inert,” he said. He said that while hybrid airships have the advantages of lower costs, longer ranges and more capacity than helicopters,they are slower and there are questions around how they would work in high altitudes or the polar regions. Their sheer size also means they could be difficult to operate in congested airspace. “On paper the applications are there and so is the technology,” said Mr Burns. “If helium can be produced cheaply and oil or commodity prices go high enough to drive demand to explore in areas that were previously too expensive, then they could be feasible.” Don Cameron, fellow of the Royal Aeronautical Society and chairman of Cameron Balloons, which manufactures hot air and gas balloons at its base in Bristol, said: “This is a story that has been told an awful lot of times and I have the view that while these large balloons are good for certain tasks, and lot of money has been raised a number of times to invest in them, a lot of that money has been lost.” He questioned whether there could be enough demand for the hybrid airships to make them viable, and added that helium is becoming more expensive, rather than getting cheaper. Lingering worries in the public’s mind about safety “cause people in the balloon business to groan”, Mr Cameron said. “Airships of the Hindenburg’s time were far safer than aeroplanes of the period and as safe as today’s aircraft. “Hybrid airships would fail because of economics, not safety.” 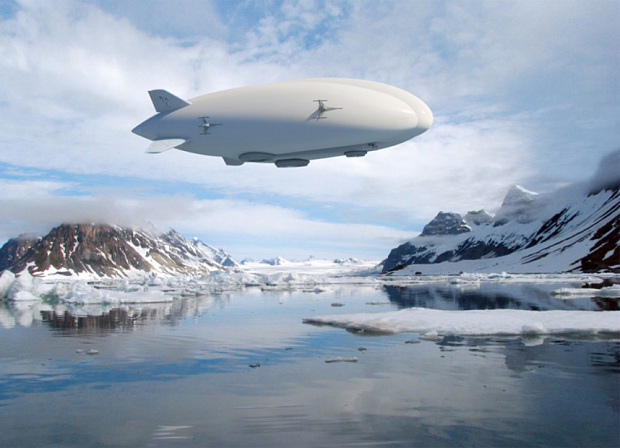 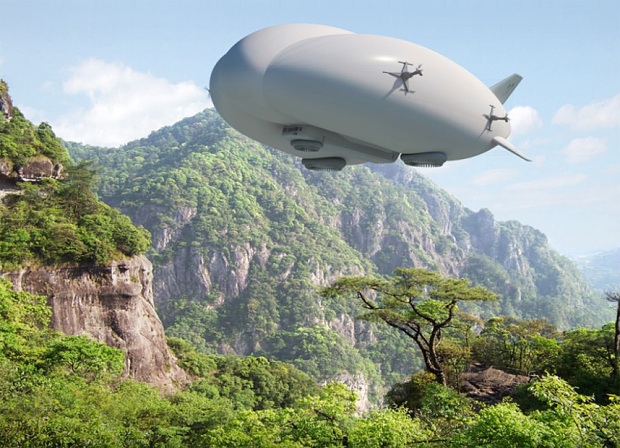 Flying high: How the hybrid airship could look once in service

Hybrid Air Vehicles is developing its own ‘Airlander’ airship in Bedford

This entry was posted in Air ship, Helium application. Bookmark the permalink.